Hilary Golston is a five-time Emmy-winning journalist. who returned to her hometown of Detroit after several years in newsrooms across the country.Hilary comes to FOX 2 from WKYC in Cleveland, where she collected three Cleveland Press Club awards and appeared on MSNBC for her expertise in the Tamir Rice case and on the Weather Channel from Charlotte North Carolina.Golston is so honored and thrilled to be back home in Detroit. She grew up in the city and is a graduate of Detroit Country Day High School."I come from a family committed to Detroit and the magic we know is here. I can't say how awesome it is to be back where I grew up and to be a part of telling the stories that matter and going to bat for the community of my birth."Most recently, she was honored to take home the Lower Great Lakes Regional Emmy for "General Assignment Reporting," including stories she did about an activist's heroic response to violence on the streets of Cleveland, protests in response to the election of President Donald Trump, human trafficking in northeast Ohio and a one on one in depth interview with a Black pastor making national headlines for his support of now President Donald Trump.Golston has reported on some of the biggest local and national stories of the day, including the Republican National Convention, and the Brelo verdict. She's nabbed exclusives and held public officials accountable.Golston has covered some of the highest profile police shootings in the nation, breaking stories that have held Cuyahoga County's Prosecutor accountable, while spurring a group of clergy to ask the prosecutor to recuse himself after the shooting of 12-year-old Tamir Rice.WKYC sent her to South Carolina to cover historic 1,000 year flooding, where she interviewed U-S Senator Tim Scott live and simultaneously reported on the damage he was surveying throughout a portion of the state. She also reported live from the command center where Governor Nikki Haley gave press briefings.Golston was also chosen to report on the Michael Brown case in Ferguson, Missouri, where she uncovered details about a $3.4 million request for emergency funds to pay police after being the first to interview a finance official in St. Louis County about the funding matter.Before WKYC, Golston anchored the weekend evening shows for the NBC station in Birmingham, Alabama, where she won an Emmy for reporting in a special that marked the one year anniversary of the worst tornado outbreak to strike Alabama.Her degree in political science from the George Washington University in Washington, DC led her to ask for the fast-paced, and often gritty, Birmingham City Council beat, where she covered the body overseeing the largest city and municipal budget in the state for three years.She's no stranger to a strong sports culture. For more than two years, she anchored NBC 13's sports coverage on the weekend evening shows, in addition to her other anchoring duties.Before Golston even graduated from college, she made her mark in TV, appearing on Fox Sports Network Detroit as a reporter for High School Hammertime.Also before graduation, Golston anchored and reported for an audience of more than 24,000 viewers as part of “The Source,” a magazine news show produced by students. Golston's report on the inter-county connector aired in the 9th largest market at the time, Washington DC on the former WB Interloop show.She’s dedicated to serving the community and has been a proud board member of the American Diabetes Association in Northeast Ohio and Birmingham, Alabama.Golston began her career as a night-side reporter, web producer and later fill-in anchor for the CBS station in Green Bay, Wisconsin. While there, she was most proud of her reporting on a small child with a rare skin disease who had been denied the funds needed for a potentially life-saving treatment. Medicaid credited WFRV with bringing to light information, which led the agency to review the case.She is a Suzuki trained pianist, a craft she studied for 8 years. 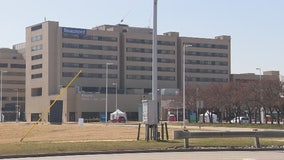 Metro Detroit area hospitals are doing what they can to prepare for the worst-case scenarios as the COVID-19 crisis continues. 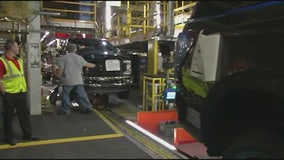 Two of the Big Three want to get back to work next month. 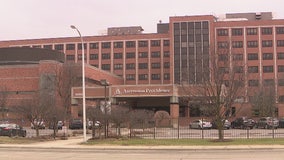 An E.R. nurse with Ascension Health System shared a video on Instagram detailing the severity of the coronavirus in hospitals nowadays. 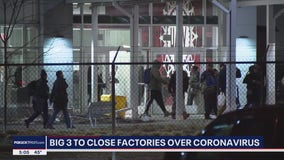 With pressure from the UAW mounting, coronavirus cases beginning to skyrocket and a global shutdown of manufacturing, Ford, General Motors and FCA announced Wednesday they would be shutting down factories in North America 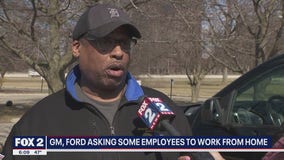 As more businesses bolster efforts to reduce the spread of the coronavirus, many companies, including Ford, General Motors, and Fiat-Chrysler are asking certain workers to work from home. Employees who work assembly lines will currently stay in plants. 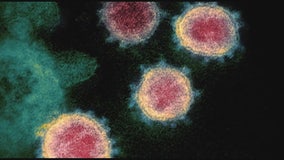 Faith communities are joining and listening to Governor Gretchen Whitmer and suspending their worship services amid the coronavirus/COVID-19 outbreak. 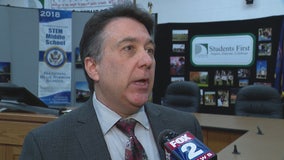 Amid a wave of expanding concert venue disruptions and sporting event cancellations, metro Detroit schools are weighing their options and preparing for the cases within their buildings 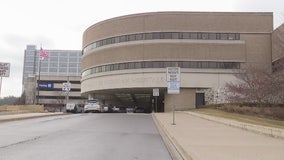 The University of Michigan Health System in Ann Arbor has confirmed it's treating one of the two confirmed coronavirus COVID-19 patients in Michigan. 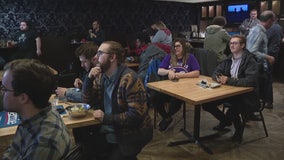 Many considered the Michigan Primary to be Bernie Sanders' last stand. 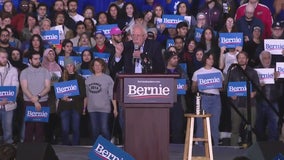