(FOX 2) - US Surgeon General Dr. Jerome Adams joined FOX 2 for a one-on-one interview about the state of COVID-19 in America right now.

"I just want to say to the people of the Detroit area especially, I'm really proud of the way you all have responded to the COVID-19 crisis that we have had occurring. The important message is that you all are doing better than many other metro areas around the country in terms of slowing the spread," he said.

FOX 2's Roop Raj talks one-on-one with US Surgeon General Dr. Jerome Adams about the state of COVID-19 in America.

"We now know that this disease has a high degree of asymptomatic spread, which is why we encourage people to wear face coverings. We know that the disease disproportionately attacks older people; 94% of the people who died from this disease are over the age of 60. That allows us to be more strategic about how we implement our policies and where we deploy resources.

"We've got more resources. There's more personal protection equipment at hospitals and there's more capacity so that we don't overwhelm the system right now. It's certainly not "mission accomplished" but we as a country and the Detroit metro region, specifically, are in a much better place now than they were two to three months ago."

There's also a tricky balance between opening the economy back up yet taking things slowly and safely.

"A couple of things there. I tend to take an expansive view of health. I think a healthy economy is part of your physical and mental health. For instance, we know there was a study that came out this month showing that for every 1% increase in unemployment we had a 1.3% increase in suicides. So the economic harm that's coming from the shut down has her health outcome that we don't want to see.

"I feel for public officials, I feel for folks out there who are having to message that balance. I know Gov. Whitmer has taken some heat in different orders and we have certainly taken heat on a federal perspective but we really do feel confident that we are at a place now, from a knowledge standpoint and from the resources standpoint and also looking at decreasing prevalence of disease because part of your risk is related to how much disease is circulating, and Detroit now has a very low level of disease relative to other places in the country. With all of those coming together, we can safely reopen. We can move forward without taking steps backward but that's going to rely on everybody doing their part."

Lastly, Dr. Adams says if you're going to start social gatherings he suggests starting with people you know, asking them where they've been in the last two weeks and start there. 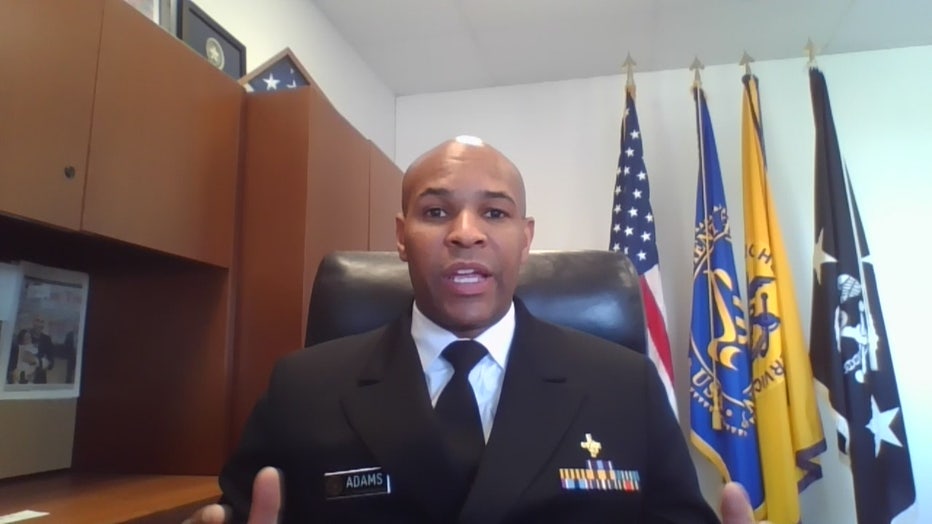