Andrew Raczkowski , who served as a lt. colonel in Operation Enduring Freedom, says ending America's longest war in Afghanistan is surreal. He also says he is heartbroken because of how it was handled.

FOX 2 - Andrew "Rocky" Raczkowski , who served as a Lt. Colonel in Operation Enduring Freedom, says ending America's longest war in Afghanistan is surreal. He also says he is heartbroken because of how it was handled.

"I was actually in favor of ending the war, but this isn't how you end it, we ended it with a lot of dishonor," he said. "I think it will very much damage our reputation as a nation. It damaged the reputation of the military, and put us potentially in harm's way and given another fallen state in the hands of terrorists and terrorist-like organizations."

Dr. Saeed Khan who teaches Near East and Asian Studies at Wayne State University believes looking back our military exit should have happened after we removed the threat of Al-Qaida and killed Osama Bin Laden.

"That would have been seen as a mission success," Kham said. "But because of the ambiguity of things and because we stayed longer for the process of nation-building, something that is difficult and not natural for United States to be doing,  we see where we are today."

The US spent 20 years helping Afghanistan build a sustainable government and improved infrastructure, but it didn't take long for the Taliban to take over, triggering the collapse. Many have drawn parallels between the 1975 fall of Saigon in Vietnam, and the Taliban seizing Kabul.

But Khan believes the Taliban may be the "least-bad option" when it comes to providing stability in Afghanistan.

"They are going to have to prove they can deliver on several of the most immediate needs of the parties for Afghanistan," he said. "Number one, the economy (and)  like everyone else around the world, try to contain COVID-19. And then they are going to have to depend on a defense strategy that the chaos that ISIS-K is capable of providing, is mitigated." 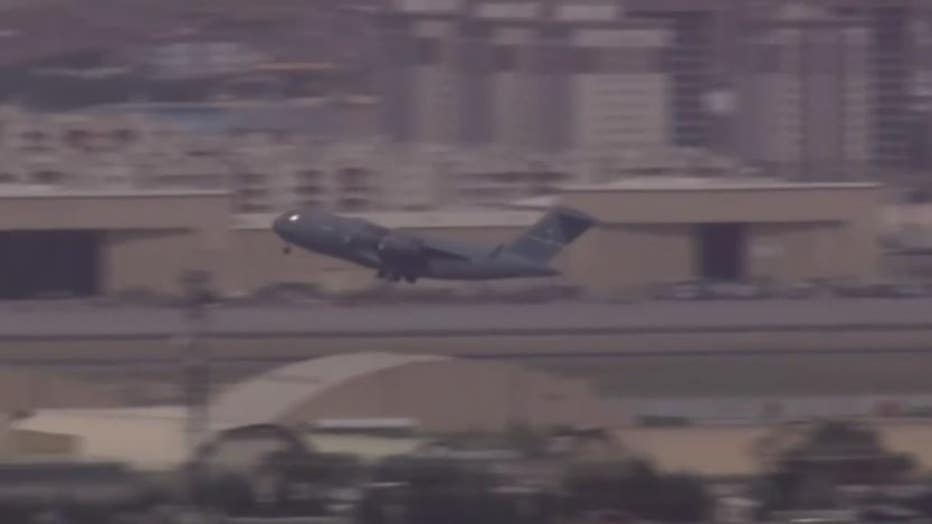 Right now Secretary of State Anthony Blinken says fewer than 200 Americans remain in Afghanistan. The US will continue to work to get them out.

Regardless, Raczkowski believes the damage has already been done.

The US pulled all remaining troops from Kabul Monday following a massive evacuation effort to take Americans and Afghans who worked with our forces out of the Taliban controlled country.

"At this point, we need time to heal those wounds, let the enemies of Afghanistan fight themselves," he said. "We should still try to assist those who worked with us and those American citizens. But there is very little we can do in that region now - it's a loss later."