Detroit Police has released a surveillance video that shows two suspects who they say carjacked a man and shot him in the face at a Detroit gas station last week.

Police say the victim was approached around 1:30 a.m. at a Clark gas station on Dexter Avenue near Elmhurst after he went inside to buy cigarettes. He had just gotten out of his Isuzu Trooper when both men walked up to him.

Police said they asked him for money and when he reached into his pocket, they pointed a gun at him and demanded his car keys. 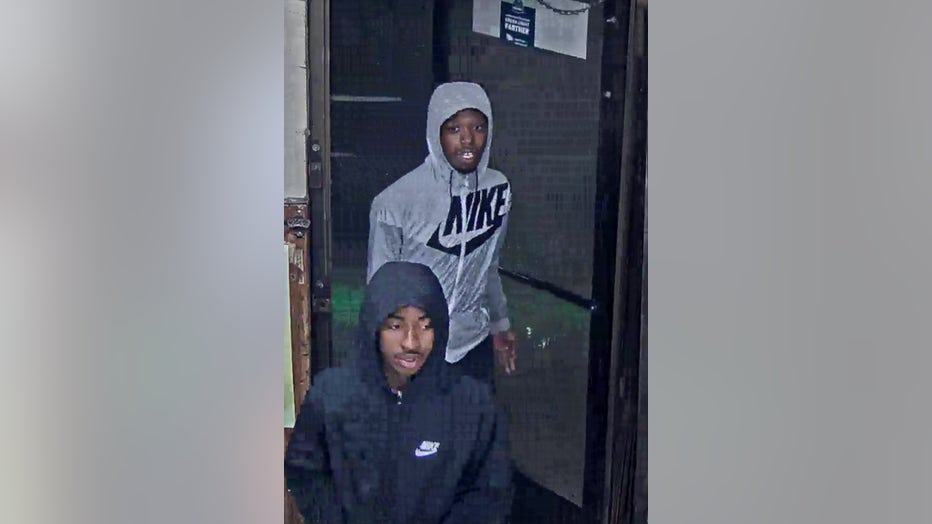 Detroit Police say the suspects were around the gas station for days before the shooting.

The victim did what he was told and backed away with his hands up. Then the armed man shot him and hit him in the face.

Surveillance video shows both men dressed in all black and had been around the gas station that night and loitering the area in days before the carjacking and shooting.

Detroit Police released the surveillance video that shows a man carjacked for his Isuzu Trooper.

The victim is expected to survive the shooting. His daughter told the gas station owner that the bullet went through his cheek and nose.

The Isuzu Trooper was later recovered but the suspects are still on the run.

Anyone with information is asked to call Detroit Police.