But there’s more to the story. Sheriff’s deputies have their own injuries to show after FOX 2 was told Wilson bit them multiple times, breaking skin, and even bit through their pants.

Investigators tell us the woman who is mentally ill, has a lengthy criminal record. But her family is taking legal action against the sheriff's department.

"I was in the video saying why are they socking her like that," said a suspect's family member.

Her family saw the incident on Thursday in Pontiac, near the corner of Franklin and Montana. The woman seen is Diressee Wilson – who is diagnosed with schizophrenia and other mental illness.

"She was scared. She is mentally ill," said a relative.

Her family says the arrest went too far, when officers started punching her. A mug shot showed the bruising on her face.

"We get justice, because that was wrong - he didn't have to do her like that," the family member said.

But there’s more to the story. Sheriff’s deputies have their own injuries to show after FOX 2 was told Wilson bit them multiple times, breaking the skin and even biting through their pants.

"Due to her biting both officers multiple times, they had to do whatever they had to do, to stop the biting and get handcuffs on her," said Undersheriff Curtis Childs Oakland County Sheriff's Office. "The intent was to take her to a mental health facility."

Initially, deputies responded to check on Wilson and had with them a mental health co-responder with them.

"That’s how we coded it as a welfare check," Wilson said. "Someone noticed she was acting strangely, (they) didn't know if she was high or on something, there were kids around and she was dropping her pants."

She’s being held at the Oakland County Jail and charges are pending. Her family says they’re contacting attorney’s to see if legal action can be taken there. 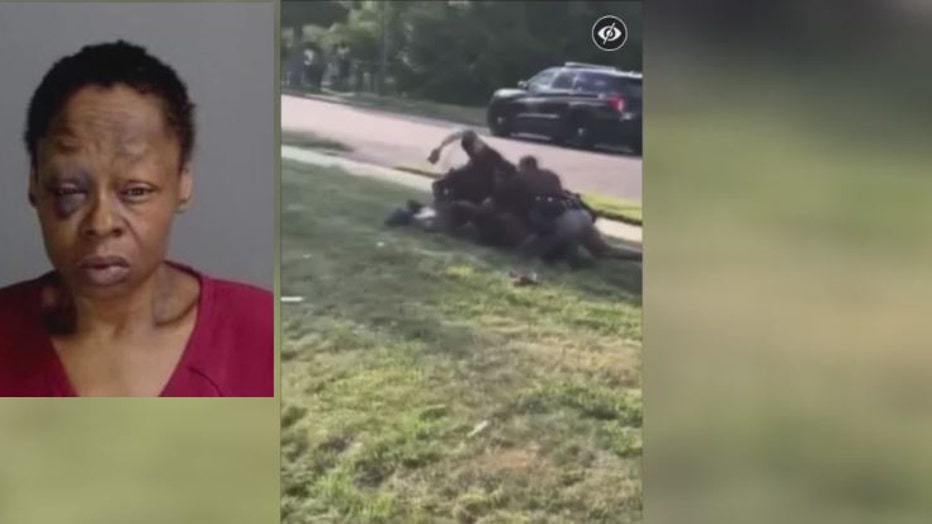 Mugshot at left of Diressee Wilson. At right, phone video of the arrest.