Three teenagers in Livonia are being credited for their quick thinking in saving residents from a house fire on Monday and their actions were captured on a doorbell camera.

LIVONIA, Mich. (FOX 2) - Ethan Morche, Chase Adams, and Colin Anderson didn't have to stop on Ellen Drive when they saw what looked like smoke coming from a home. But it's a great thing they did.

The three teens are being credited with saving multiple people inside a home in Livonia on Monday as they were passing by. According to the city, the treens spotted smoke and flames from the roof of a garage and knew they had to help.

Video from a doorbell camera across the street shows the car slowing down in front of the home and then pulling over. They were afraid someone was trapped inside the home.

Ethan and Chase called 911 but then heard someone shouting from inside the home. They tried to go through the front door but couldn't open it so they went around back and found an unlocked sliding door.

Colin, meanwhile, remained outside the house to alert Livonia firefighters that there were people inside, including Ethan and Chase.

Chase helped one of the people exit the home and called out to Ethan. When he didn't get a response, he went back inside the burning home to help Ethan pull another resident to safety.

All five people were evaluated at the scene and released with minor smoke inhalation.

The city, rightfully, is calling all three teens heroes and thanked them for their bravery. 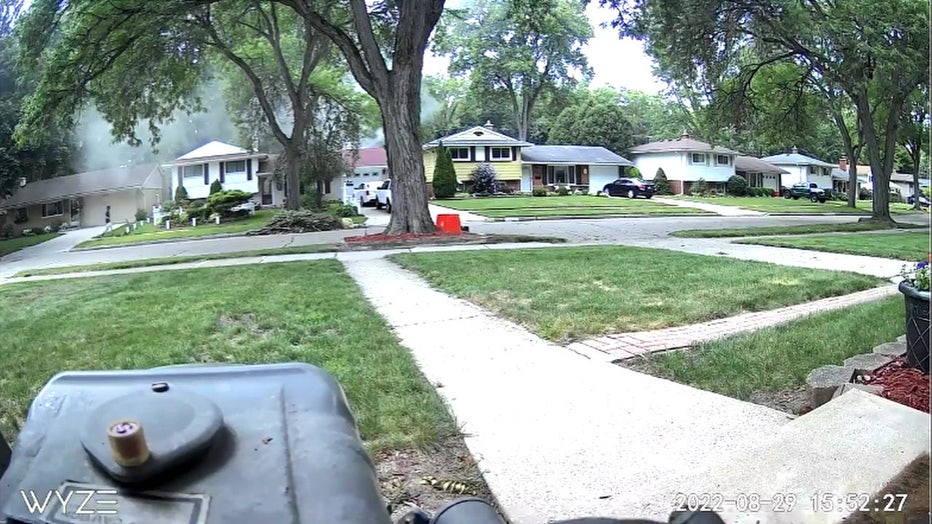