In just a few short minutes, at least four thieves calmly made their way into a Bloomfield Township home and stole 16 racing motorbikes worth $100,000.

BLOOMFIELD TWP, Mich. (FOX 2) - A Metro Detroit man is hoping for a bit of help in finding the group of men who calmly and methodically entered his garage and stole 16 racing bikes from his home in Bloomfield Township.

Video from inside the home shows the garage jam-packed with racing bikes that were all wiped out in just a few minutes. In total, $100,000 in bikes were stolen by four masked men who broke into the home near 14 Mile and Telegraph.

"They sure seemed like they knew what they were doing. Cool, calm and collected," Brown said. "They weren’t in a rush. They were taking their time picking and choosing which bikes they wanted to take out."

The homeowner was out of town but got a security alert on his phone. Brown says he did everything right with his surveillance but the thieves still got away.

"When he was able to look on his Ring doorbell he saw suspects inside of his garage removing his motorcycles," Brown said. "Unfortunately we don’t have a lot to go on besides what you see in the video."

The owner posted the video online which then was shared thousands of times. That can help, sometimes, but it can also hinder the investigation. Brown said the first step should be to report the crime because once it's online, the thieves know the heat is on.

"Call the police first. Send us the video first rather than releasing it to the public," He said. "The suspects unfortunately are going to see this video and part it out, sell them, or get rid of them. It makes our investigation more difficult once everybody knows what’s going on."

If you have a summer vacation planned, check with your local police department. Bloomfield Township police will send officers to do drive-by checks of the house while you're away. 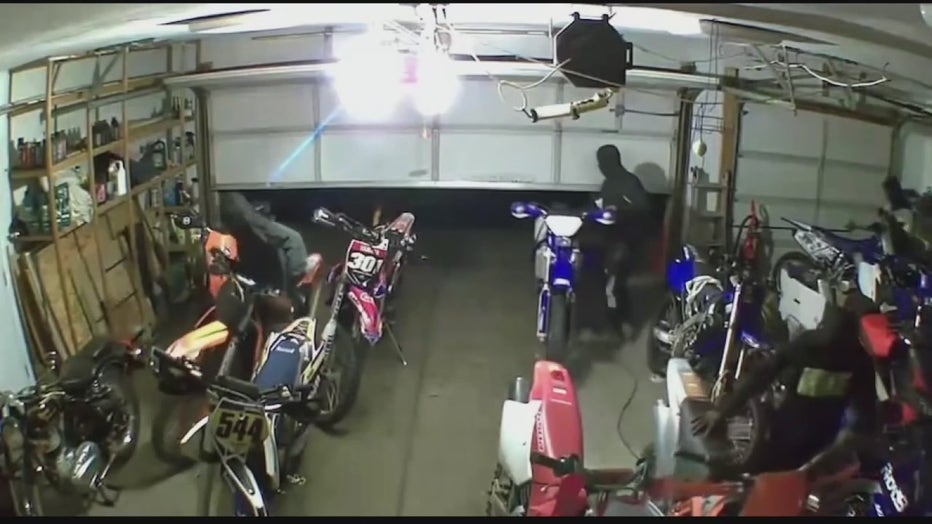