WESTLAND, Mich. (FOX 2) - Westland police officers are being credited with saving the life of a 43-year-old Livonia man who is believed to have been driving while under the influence.

Westland police released video of the ordeal, which happened on June 21 and involved police pulling the man out of his burning car after he was doing donuts at an intersection.

Police were called to Ford and Venoy Rd. On June 21 just before 1 a.m. on a call that someone was there doing donuts. Police got there and saw a blue Chevy Traverse on Ford Road circling in reverse in the middle of the road.

Officers initially thought the driver was unconscious but then realized he was awake, holding the steering wheel and smiling at them as the vehicle continued to circle. But then the car came to a stop and the hood was smoking.

Officers approached the car and told the man to get out but say he refused.

Police say the man did not appear to be in a clear mental state and, as a result of this, was placing his life in danger by refusing to get out of the car.

As the fire grew officers attempted to physically remove the driver as the flames and fumes from the fire posed a clear risk to his life. The driver continued to fight against officers and appeared to not comprehend the danger that he was in. 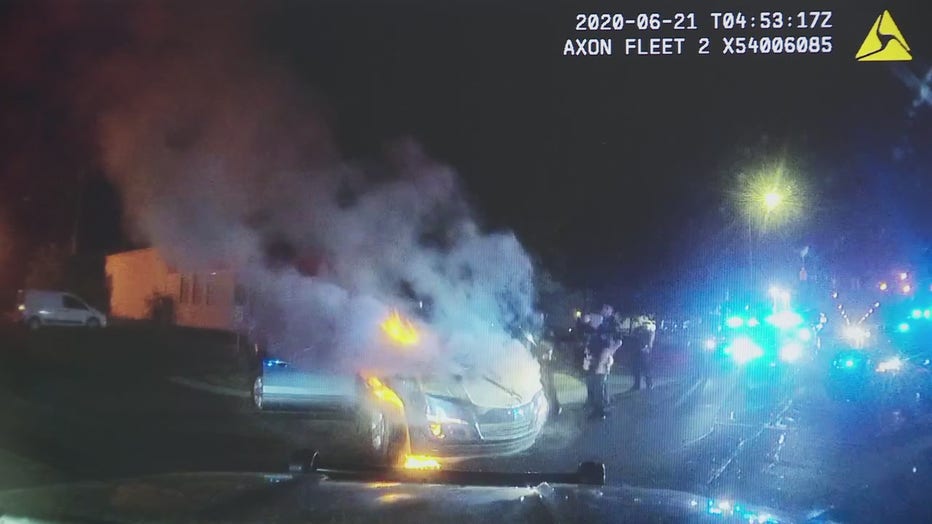 Upon attempting to physically remove the driver from the car, he pulled out a razor blade knife and held it toward the officers. The officers backed away and told him to drop the knife. He eventually complied and officers attempted again to get the man out of the car, only now say he had locked his arms around the steering wheel.

Officers were able to eventually get the man out and walked him over to a grassy area where they put him in handcuffs.

After the driver was restrained officers spoke with him and determined that there was sufficient evidence to place him under arrest for operating a vehicle while under the influence of a controlled substance, and for driving on a suspended license.

The driver was taken to Garden City Hospital where he was checked for additional injuries and released back into police custody shortly thereafter. The driver has since been released from custody pending the results of a blood test.

"Clearly these officers are not jumping to extremes. They are showing a great deal of compassion, they're handling situations and saving people's lives," said Westland police Lt. Bob Wilkie. "We do go through de-escalating training; we have been doing that for a while here and these are some of the tactics that are shown in a very tense situation coming to use."

You can see video of the officers' rescue in the video player above.