DETROIT (FOX 2) - About three dozen people met outside the apartment building where 31-year-old Star Milligan and her 2-year-old daughter died in a fire last week.

"They moved here from my house and they were with me," said Shirley Cobb, great grandmother. "Star and the babies and Richard. I just can't imagine bringing them here to her demise. It just breaks my heart."

Vigil held for mother and daughter killed in fire

About three dozen people met outside the apartment building, where 31-year-old Star Milligan and her 2-year-old daughter died in a fire last week.

"God is going to give us strength to get through it," said Tina Joyner-Thomas, whose daughter-in-law and granddaughter were killed. "And we'll let God deal with him and his demons."

Dmarco Latham is facing murder and arson charges for setting the fire at the French Quarter Apartments on Detroit's west side.

Investigators say he had a long-running spat with the mother of his children and went inside her apartment, put clothes on the stovetop and left them to burn. The clothes caught fire, which spread to other units including Milligan.

"All I keep seeing is Star: Her face, you know being stuck in there by herself," said Thomas. "That's all I can think about and it's so hard because I wish somebody could've done something. 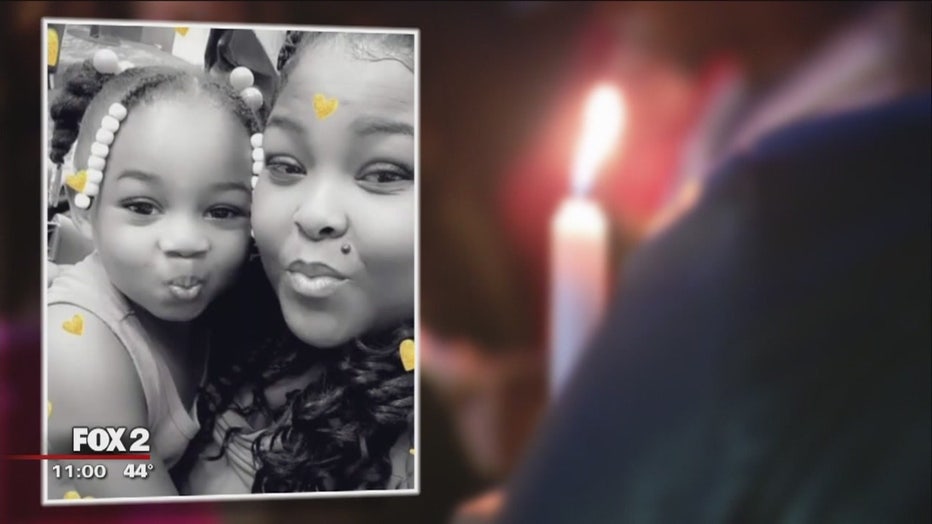 "My son has to have a new normal and we have to get through this."

Milligan's longtime partner, Richard Joyner, was not home when the fire started. Their 8-year-old son was able to get out, only to enter a world without his mother and sister.