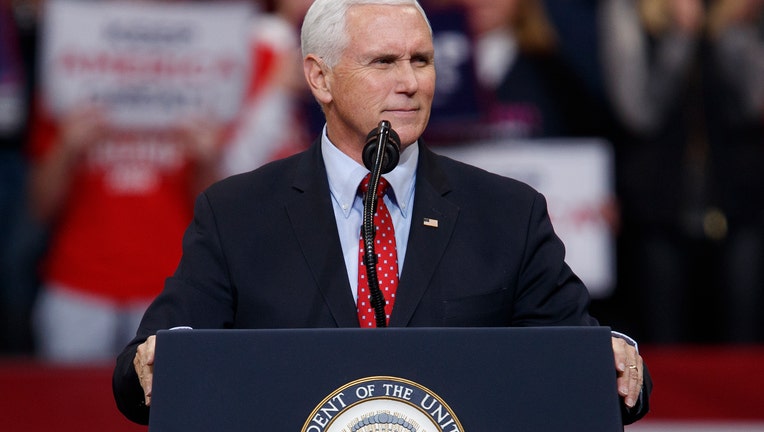 DES MOINES, IA - JANUARY 30: Vice President Mike Pence speaks during a campaign rally inside of the Knapp Center arena at Drake University on January 30, 2020 in Des Moines, Iowa. Donald Trump will campaigning at a rally at Drake University ahead of

If you'd like to attend, you must register for tickets. You may register for up to two tickets and they're given out on a first-come, first-serve basis. You must verify through a text message.

The event is at 5 p.m. at Detroit Marriott Troy hotel on Big Beaver Road.

This will involve a full closure of the Big Beaver and Livernois intersection. The portion of Big Beaver that will be closed is immediately west of Livernois. No through traffic will be able to pass on Big Beaver in that area, however, during the listed times.

Drivers are recommended to avoid the area during the listed times if possible.

Check the latest traffic before you'll be out driving at www.fox2detroit.com/traffic.

Pence's visit comes on the heels of several Michigan visits from President Trump.

In 2016, Michigan emerged as a key battleground state in Trump's path to election victory, including winning former Democratic stronghold Macomb County. In that election, Trump won the state by 13,107 votes.