At 43 years old, Dawn Dodge still can't believe her new bundle of joy, baby Collin, came into the world Saturday without any warning.

Woman has surprise baby at work

"I was having cramps but I was told I was premenopausal so I wasn't pregnant," she said.

In fact, Dodge had two pregnancy tests in September confirming she was not pregnant, and believed a tumor was the reason she was having stomach pain.

"I delivered him in the bathroom at work," she said. "I put my hand down there and I thought a tumor was coming out but it wasn't a tumor it was a little boy.

" I was looking at this little guy and I was scared."

Already a mom of two adult men ages 20 and 22, she called her co-workers for help and they called 911 telling them to get to Leo's Coney Island on Telegraph in Taylor as soon as possible.

On surveillance video you can see emergency crews taking mom and baby out on a stretcher.

As Dawn celebrates, she's also facing a harsh reality right now she can't work and that means no income for her baby, to take care of her sick mother and a house that needs a furnace.

You can go to Fox 2 Detroit.com to learn how to help this family

"I will appreciate anything people can do," she said. "God wanted him here for a reason - part of a bigger plan."

People can drop off donations to: Leo’s Coney Island, 9845 Telegraph, Taylor. They can make donations to a GoFundMe page HERE. 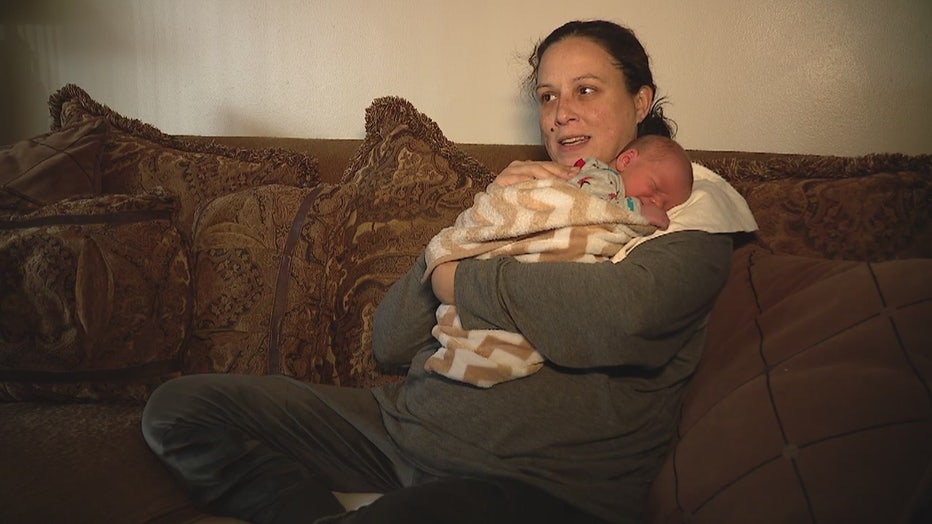