Tyler Wade says officers beat him so bad, he doesn’t remember much of what happened. He, and his attorney, want to hold those officers accountable, raising questions about the Warren Police Department's use of force policy.

Tyler Wade says officers beat him so bad, he doesn’t remember much of what happened. He, and his attorney, want to hold those officers accountable, raising questions about the Warren Police Department's use of force policy.

Attorneys say the video shows Warren police officers pulling Tyler Wade from a car, onto the ground.  Then — it appears at least one officer is kneeling down and punching Wade, while another is standing and kicking him.

"Since the incident happened, I’ve had blurred vision in my right eye, extreme headaches and dizziness," Wade said. "Especially in the back of my head, sometimes at night when I go to sleep. Whenever I stand up, I feel dizzy."

Wade also said the officers knocked one of the braces off his teeth.

On Thursday, he spoke for the first time since the incident, along with his mother.

"When I first saw the video, I cried a lot," Wade's mother said. "It was hard to watch, seeing that they pulled him out of the car and just beat on him."

Wade’s attorneys believe their client is a victim of police brutality and excessive force. 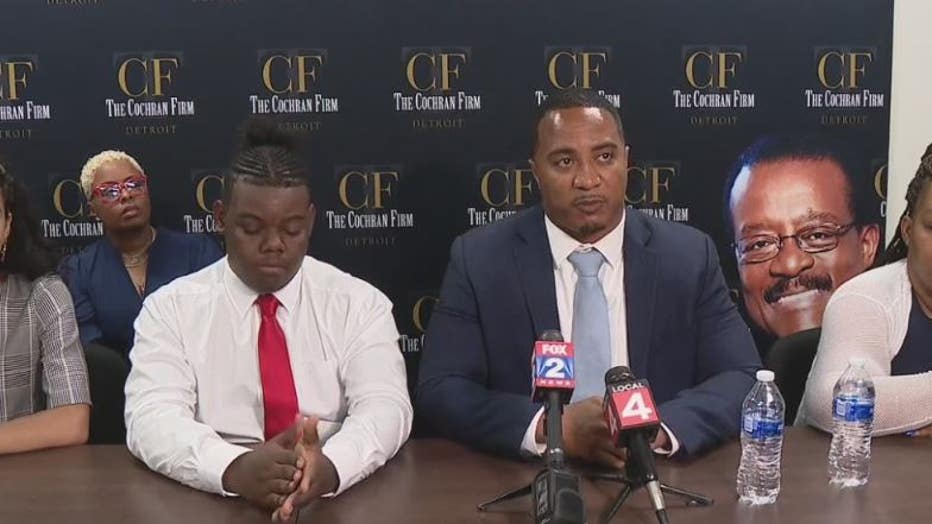 Tyler Wade with his mother, far right, and attorneys.

"He did exactly as he was told to do; he raised his hands and surrendered," said James King, attorney with the Cochran Firm. "He was ordered not to move, so he did not. He didn’t even reach for his seatbelt because if he did, he felt like if he would have reached for his waistline, he would have been shot and killed.

"In exchange for his cooperation, Tyler received a first-class ticket to the hospital."

Wade’s attorneys want the names and badge numbers of the officers involved.

They haven’t formally filed a lawsuit but will represent Wade who is facing felony charges including fleeing police, weapons and drug violations.  Wade’s attorneys deny there was a weapon.

Warren Police Commissioner Bill Dwyer says what happened in the video was a result of Tyler Wade resisting arrest.

"The Warren Police Department proactively reviewed this incident just like any other use of force incident," Dwyer said. "This incident was classified for further review by department personnel."

Commissioner Dwyer says an Internal Affairs review found one of the officers in the incident, violated the department’s use of force policy.

He didn’t say which one - but added that officer is on leave with a lengthy, disciplinary suspension.

"Officers are obligated to protect the rights of the public," he said. "Including those accused of having committed crimes in every situation and to ensure the health and well-being of every person, taken into custody.

"So let me make it clear: Excessive use of force by Warren police officers is not, and will not be tolerated."

Tyler Ward’s attorneys are asking for body camera video from those Warren police officers, FOX 2 also put in a request for the same footage and will share it once we get it. 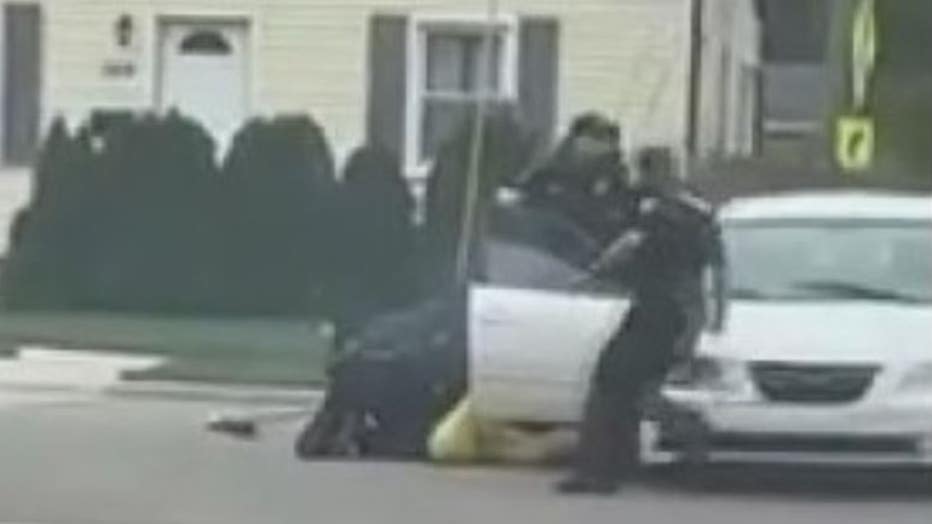