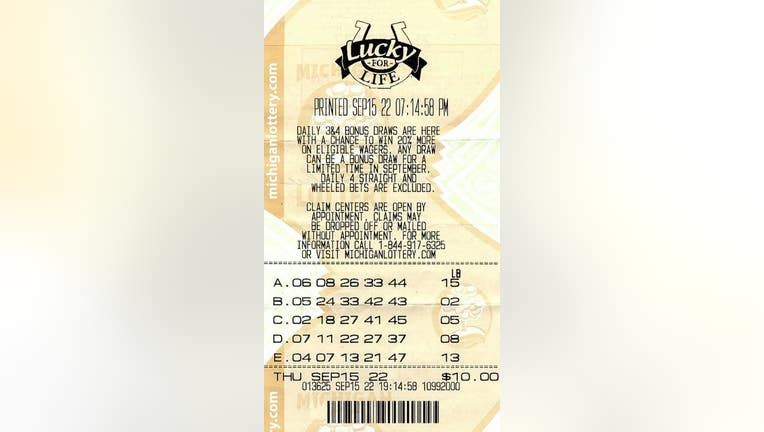 WARREN, Mich. (FOX 2) - A Warren man used an online random number generator to pick the numbers that won him a $25,000 a year for life Michigan Lottery prize.

"I’ve been playing Lucky For Life quite a bit lately and I always use the same sets of numbers," Aaron Essenmacher said. "When I purchased my ticket, I played the sets of numbers I typically play, and then I decided to add another set of numbers which I got by using a random number generator I found online."

Essenmacher, 50, couldn't believe the random numbers were the winners.

"I was checking the winning numbers online the day after the drawing and when I saw I’d matched five, I couldn’t believe it! What shocked me even more was that the numbers I won on are the ones I got from the random number generator. I kept scanning my ticket on the app over and over again because I couldn’t believe I’d really won!" he said.

He bought his winning ticket at Happy Days Party Store at 32855 Schoenherr Rd.

Essenmacher chose to claim his prize as a one-time lump sum payment of $390,000 rather than annuity payments of $25,000 a year for 20 years or life, whichever is greater. With his winnings, he plans to pay bills and take a vacation.