Police have arrested a man for murder after finding the victim of a fatal assault inside a Warren home - and the person allegedly responsible is the same one who called police to confess.

WARREN, Mich. (FOX 2) - Police have made an arrest after finding the victim of a fatal assault inside a Warren home - and the person allegedly responsible is the same one who called police to confess.

The body of a woman in her 30s was found with apparent head trauma inside the house on Julius and Sharrow streets.

Warren Police Commissioner Bill Dwyer says they have recovered what is believed to be the murder weapon. Police also arrested a man at the home, also in his 30s - the suspect in the killing.

Police say at  2 p.m. Monday, the suspect, who is deaf, called 911 and told dispatch he had "just killed a woman" prompting the immediate response.

"(The police) were going through the front door and the side door," said a neighbor, Steve.

Warren police confirm they have been to this house before, even showing up the day before the homicide. Neighbors say a friend of the victim was worried about her.

FOX 2: "Somebody was concerned enough to say 'Let’s check this out.'"

"Yeah and she only comes on the weekends too, but she says she hasn’t been able to get ahold of her for quite a few days and she was concerned," said Steve,

Police say when they went to check the house on Sunday, everything appeared to be in order. Less than 24 hours the same house became a crime scene.

"It’s a quiet neighborhood," Steve said. "There are no police cars going up and down the street. but i saw them yesterday and they were knocking on the door over there." 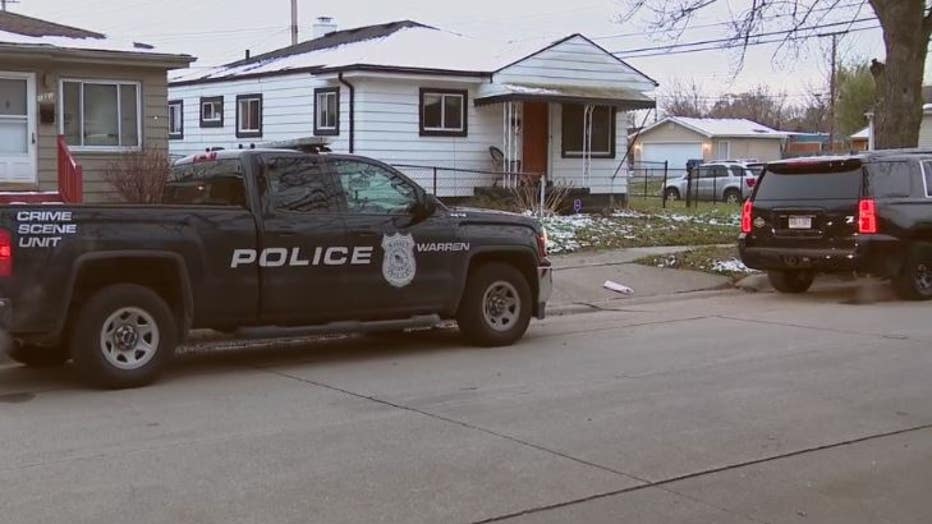