SOUTHFIELD, Mich. (FOX 2) - Michigan Governor Gretchen Whitmer will deliver her third State of the State address at 7 p.m. Wednesday night and will largely talk about COVID-19 and the economy.

The governor spoke with FOX 2's Tim Skubick first to discuss her message and says she's hopeful that Republicans will set aside any political agenda to work with her.

Gov. Whitmer to seek unity on agenda with GOP in State of the State

Battling covid with vaccines and masks, getting your students safely back in school, and jump-starting a COVID-ravaged state economy are the highlights of the Governor's third speech but she admits she's going to need help.

"This is a non-election year. I think, for the sake of the people of our state, we've got to put the politics aside right now and focus on getting our arms around the pandemic and getting our economy back and ramped up and getting our kids back in school.

She'll need the support and votes from senate GOP leader Mike Shirkey, who has been highly critical of the governor for, what he calls, "confusing and oppressive orders that hurt the economy." He's also critical of the failed vaccination plans that the governor says it not her fault.

For her part, the governor concedes this relationship needs its own political vaccine.

"The Senate that is returning, there is no question that that relationship needs a lot of work and I'm committed because, at the end, of the day my job is to deliver for everyone," she said

Whitmer is overjoyed that the 'scorched earth' politics of the past four years of Donald Trump are replaced by a friend in the White House in President Joe Biden. She said she believes he will help Michigan and believes the citizens want bipartisan cooperation. 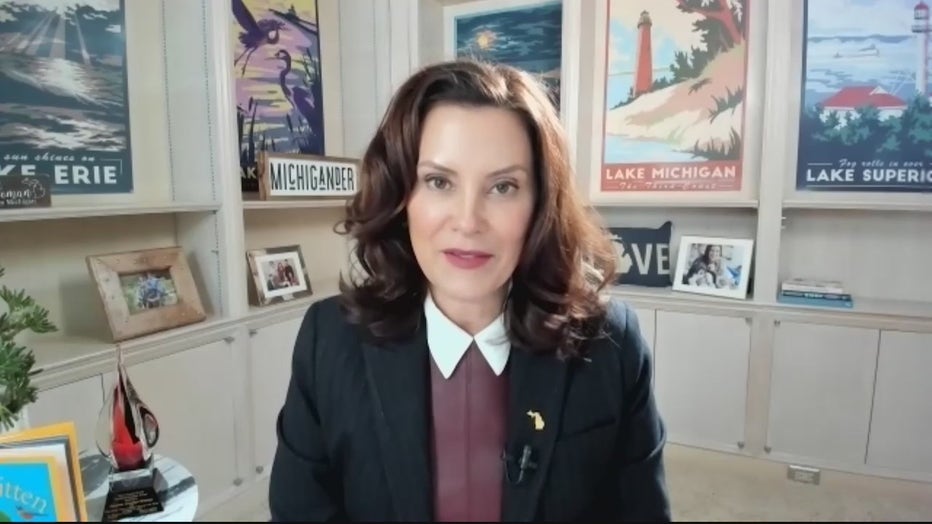 Michigan Gov. Gretchen Whitmer says she'll address COVID-19, safety in school, and jump-starting the Michigan economy during the State of the State.

"Maybe I'm too optimistic. but I know that everyone who runs for office is doing so because they believe that they have something to offer and can solve some problems to help the people they serve," Whitmer said.

The governor speaks at 7 p.m. Wednesday and you can watch it in the player below.