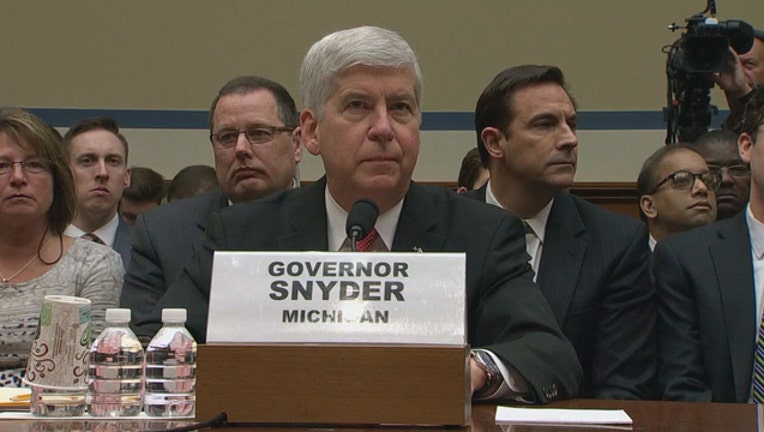 FOX 2 livestreamed the hearing here. Click here to watch it.

FOX 2's Amy Lange is in Washington, D.C. and attended the hearing. She'll have an in-dept analysis of the testimony heard tonight on FOX 2 News beginning at 5 p.m.

And the hearing today, Congressman Elijah Cummings of Maryland said that if Snyder were running a business instead of running a state, he would probably be facing criminal charges.

Snyder told the panel at a contentious hearing that the state Department of Environmental Quality repeatedly gave him assurances that the water being piped in from the Flint River was safe -- when in fact it had dangerous levels of lead.

But Cummings said the governor should have done more to push back against state experts. He says the committee has documents "showing that people all around the governor were sounding the alarms, but he either ignored them or didn't hear them."

He also took issue with McCarthy's comment that it was "courageous" for the EPA's Midwest regional chief to resign as the crisis got worse. The Republican lawmaker told her, "If you want to do the courageous thing, then you, too, should resign."

UPDATE: Gov. Rick Snyder issued a statement about his testimony before the U.S. House Committee on Oversight and Government Reform.

“I appreciated the opportunity to voluntarily testify before the committee today to explain the actions we are taking as a state to help the people of Flint and ensure that nothing like this can ever happen again. I also am thankful I was able to meet personally with Chair Jason Chaffetz and Ranking Member Elijah Cummings.