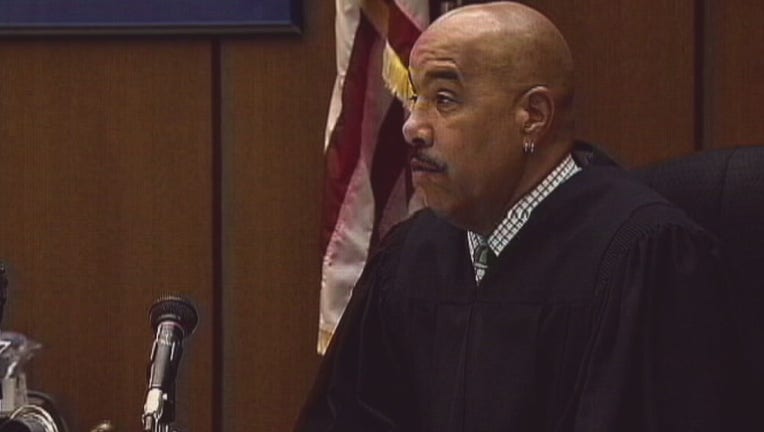 DETROIT - A Detroit-area judge was suspended without pay for six months Thursday for using crass and sexual language while discussing a trial with two female prosecutors.

The Michigan Supreme Court said Wayne County Judge Bruce Morrow had committed misconduct, but it ordered a shorter penalty than the 12-month suspension recommended by the Judicial Tenure Commission.

The court noted that Morrow’s conduct did not affect the rights of the person on trial.

Among the allegations, Morrow asked a prosecutor for her height and attempted to guess her weight. He also tried to guess the weight of the other prosecutor who had volunteered her height, according to a summary of the case.

When a prosecutor said he was wrong, Morrow replied: "Well, I haven’t assessed your muscle mass yet."

"Asking someone their height or weight is not judicial misconduct. It may be impolite. ... There was no evidence that Judge Morrow had any sort of illicit motive in asking these questions," Morrow’s attorneys said in a court filing.

Morrow also used sexual language when discussing trial testimony with the same prosecutors and a defense attorney away from the jury, the Supreme Court said.

Justice Brian Zahra said Morrow, who had a previous misconduct case, should have been suspended for 12 months.

Morrow’s behavior was a "deliberate pattern of conduct pursued for the purpose of sexually harassing two young female lawyers in his captive audience," Zahra said.

A message seeking comment was left for Morrow’s attorneys.