DETROIT - "I don't even want to be here," said Erica Crossland, while standing in her home.

Her upstairs is warm, but only after installing space heaters and turning an oven on. Before flipping their switches, her house was cold because the furnace had stopped working. Surrounding the appliance is standing sewer water in her basement.

Heavy rainfall over the weekend that drenched the city and much of the Midwest left cases of flooding on roads and yards. For Crossland, it was at the bottom of her home.

After rain drenched the Midwest in a rain and snow combination, several parts of Michigan including Detroit experienced flooding. At least one homeowner's basement had standing water that ruined everything kept in there.

"The sewer water just rushed in the basement and destroyed everything and it continues to run right now," she said. "I can't go down there and try to save things because it's still floating in sewerage. I don't know what to do."

Toys, clothes and everything in between were spotted floating in the backwater. The mother of five said her kids, ages 3 to 16, don't like coming home because of the smell and the reminder that many of the new possessions they got over the holiday break were casualties in the basement flooding.

"It's hard for them to do homework. They don't want to eat because of the smell. They're devastated that a lot of things they just got for Christmas, a lot of their clothes all destroyed in the basement," said Crossland.

Crossland reached out to two plumbers who both directed her to the city for salvation. After FOX 2 contacted city officials, they could not initially determine the cause of the flooding. 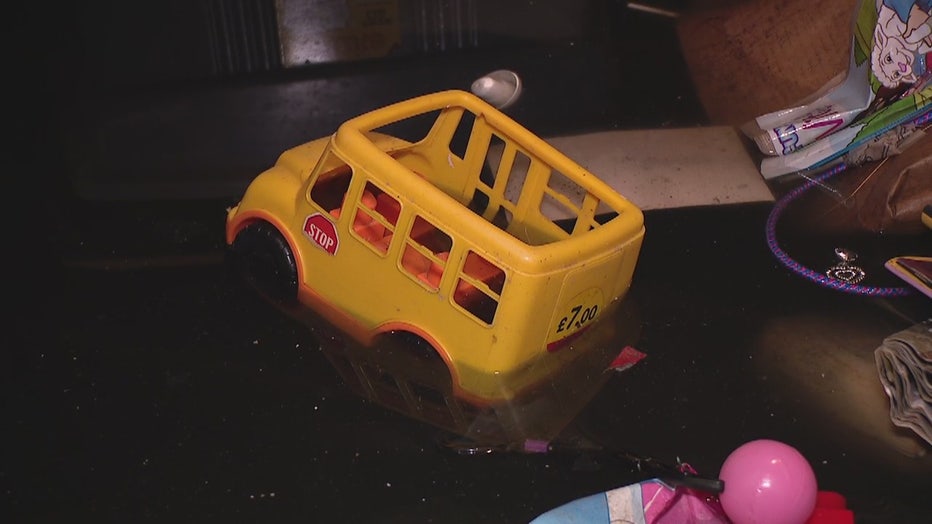 "Based on quick record search, we don't have calls from any adjacent neighbors that typically would be on the same line servicing her so we're still trying to investigate," said DWSD Deputy Director Palencia Mobley.

A steady curtain of rain fell over Michigan from Friday through Sunday, leaving much of the region saturated. On top of already high lake levels, Michigan and its cities saw similar conditions in 2019 when floodwaters spilled over into coastal communities.

During those events, Detroit's sewer system backs up if it can't cycle through water going in and out of its system.