KENTWOOD, Mich. (FOX 2) - A man in west Michigan has been charged with killing his friend since childhood and another man and then walking to Home Depot to report himself for the murders.

George Yzaguirre, 36, was arraigned in Kentwood, Michigan, on Thursday for the murder of his roommate, 34-year-old David Isner Jr., and the death of 63-year-old Ed Fuller in Byron Township. 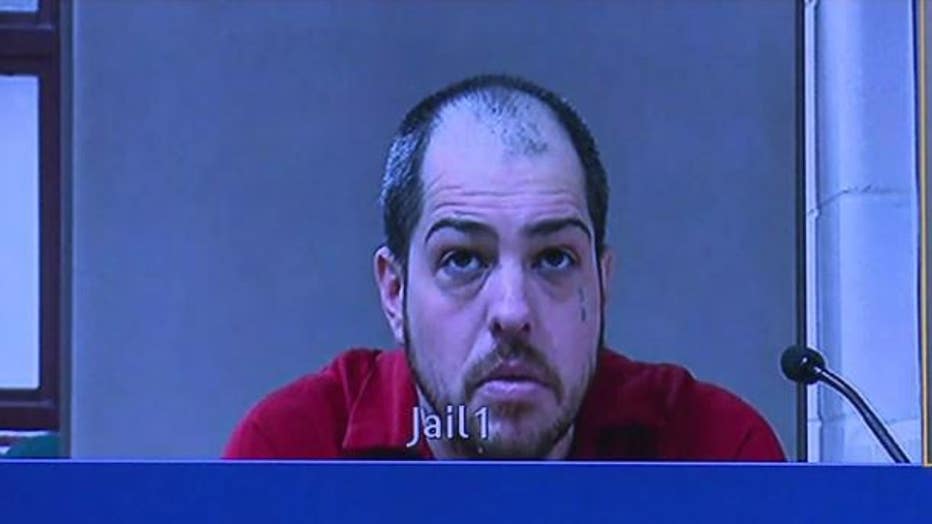 George Yzaguirre was charged with two counts of murder and one count of armed robbery.

The bodies of both men were found Tuesday morning after Yzaguirre walked into a Home Depot and asked a worker to call the police because he wanted to turn himself in for killing two friends.

Kentwood Police said Yzaguirre was offended by something that Isner had said to him and then waited for him to go to bed before stabbing him to death.

Isner was stabbed several times in the duplex the men shared but his body was found in an open area in the city after police interviewed Yzaguirre on Tuesday.

During the interview, Yzaguirre also told police where Fuller's body was in the Pinegate Mobile Village in Byron Township. According to FOX 17, Yzaguirre went to Fuller's home to rob him and then killed him after the robbery.

Isner was reproted missing around 11:30 Monday by his family. Police believe Isner may have been killed as early as Thanksgiving Day.

Friends and family held a candlelight vigil for him outside of the duplex on Wednesday and plan to hold others until he is laid to rest.