WESTLAND, Mich. (FOX 2) - The owner of Vision Lanes in Westland is on the brink of having to close because of COVID-19 related shutdowns and restrictions.

He recently took to social media writing an emotional tribute to his business and the support was more than he could have ever imagined.

The owner recently took to social media writing an emotional tribute to his business and the support was more than he could have ever imagined.

Owner Steven Klein and his family call Vision Lanes, which opened in 2003, their life's work.

"We wanted to make a jewel in the state of Michigan and the Detroit area that bowlers could come to whether they were gay or straight, Black or white, old or young, or bald - it doesn’t matter - just come in and have a good time and no one judges you here," said Klein.

But now because of COVID-19 the once-bustling bowling alley is empty and the bills are piling up. Klein says the pandemic is now costing them at least $25,000 a month.

"It’s been brutal for a bowling center owners, but it’s really been brutal for the bowlers, so many Detroit bowlers that love this, came from all walks of life it’s part of their hearts been taken out."

Bowling alleys were among the businesses that closed again during the state's three-week pause in mid-November. it was later extended to December 20th. 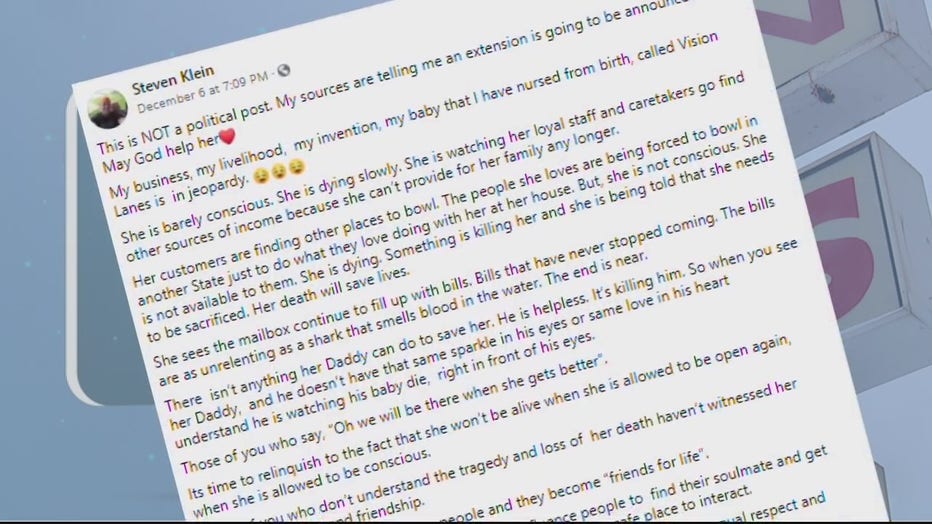 Steven Klein wrote an obit for his bowling alley on Facebook.

"I cried the whole time I was writing it," he said.

To him it is much more than a business.

"This loved one here in Vision Lanes, she’s done a lot of good for a lot of people, and to see her dying slowly, I may not be able to do anything about it," he said. "Being her dad, it crushes me and I wanted to express it's more than losing money."

The post took off and the next day fellow bowlers set up a GoFundMe.Their goal is to ensure Vision Lanes doesn't have to turn the lights off for good. 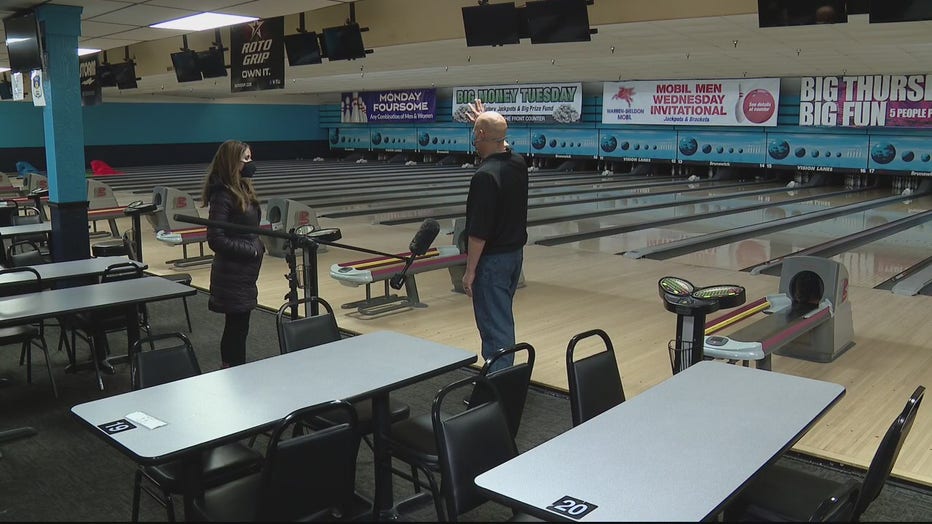 "It’s been a whirlwind since then," Klein said. "It’s been overwhelming and humbling. And it made me realize it’s my duty to lead Detroit and the Michigan bowling community back to where they belong and that’s on the lanes in Michigan."

Klein says with the post he also wanted to raise awareness to what other business owners are going through. they are doing carry out and their pro shop is open.

He said he hopes he and his family can make it to March. 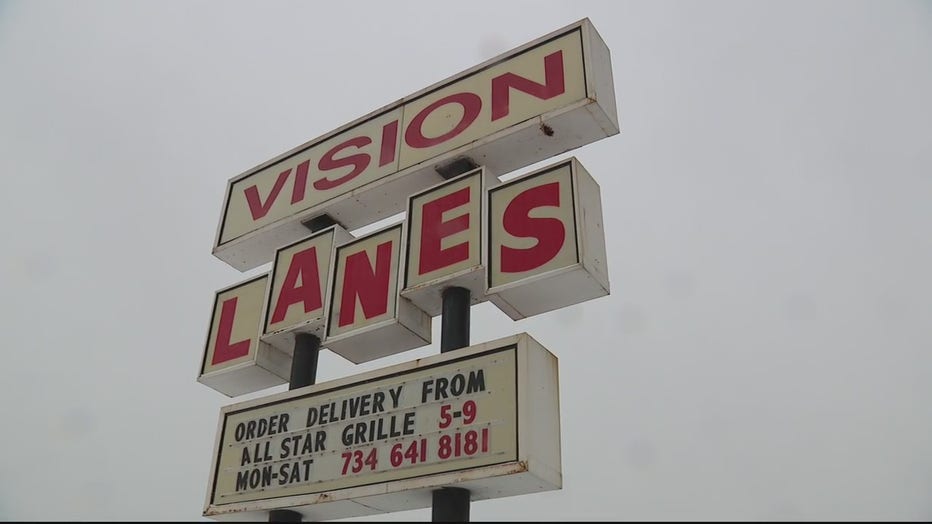