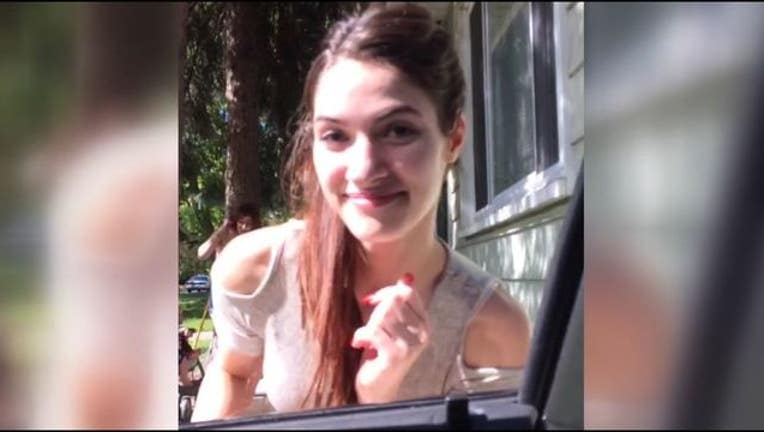 WESTLAND, Mich. (FOX 2) - The Wayne County Prosecutor's Office announced Monday that a 25-year-old man from Westland has been charged with the death of 23-year-old Oliva Rossi, who was found dead last week in Hines Park.

Prosecutor Kym Worthy announced the charges filed against Anthony Kesteloot for the death of Olivia Rossi.

According to Worthy, the two knew each other and Kesteloot picked Rossi up from her home in his truck. They then went to his home on Manchester in Westland where she died.

Worthy says Kesteloot took her body and put it in a creek at Hines Park.

The investigation led police to Kesteloot. He was charged Monday with disinterment of a dead body, obstruction, removing a dead body, failing to report a dead body, and tampering with evidence.

He's expected to be arraigned Monday morning in Westland.

Rossi had last been seen alive at the London Townhouses in Westland and she would have celebrated her 24th birthday this week. Her twin sister, Raquel, said Olivia went to visit a friend they've known since high school, but she got a strange text from her sister saying the friend wasn't acting right.

"I was thinking the worst because she did text me saying that something was wrong," Raquel said.

Raquel texted back, asking if Olivia had her knife on her. Olivia said yes, and was never heard from again.

Her body was found on August 23 and police arrested the suspect that same day.