WESTLAND, Mich. (FOX 2) - Tia Jackson of Westland was on a morning flight back to Detroit when she claims she woke up to a man sexually assaulting her.

"I was turned away to go to sleep, I had my back to him like this kind of," she said. "He just went right in there - like what?"

Tia Jackson of Westland was on a morning flight back to Detroit when she claims she woke up to a man sexually assaulting her.

The 22-year-old was stunned when she felt a man's hand reaching down her pants. She says he tried to conceal it all under his winter coat.

"He had taken his coat off, I thought he had his coat on him, to cover him because he was cold," she said. "But he really had it over him to hide that he was trying to touch me while he was also touching himself."

She jumped up and called him out.

"I said, 'Hey don't touch me, get off me, stop touching me,'" she said. "And it was like because I made a scene, because I kind of embarrassed him and scared him, he said, 'Shh.'" 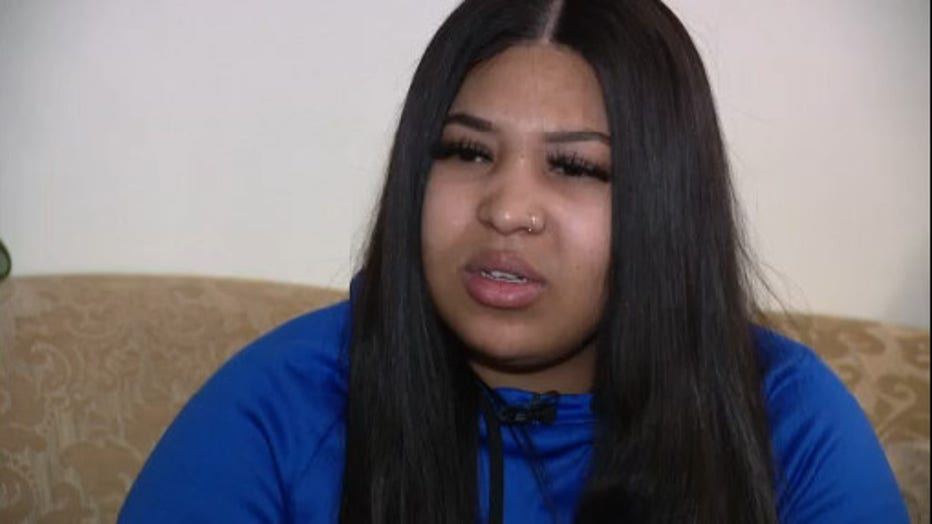 Tia Jackson says she was sexually assaulted on a flight.

She said she immediately alerted the Spirit Airlines staff, who Jackson claims tried to blame her and asked her to move.

"I said you have to get him away from me," she said. "They said, 'If it was such a problem or it was bothering you so much, why didn't you move?'"

Nearby passengers saw the commotion happening as the plane landed. One woman snapped a picture of the guy as he was leaving the Spirit plane.

Jackson says she was appalled when they were walking out and no police had been called to take the man into custody.

"I was going to let it go and then I was like, no - that was a whole sexual assault and that's why people like him get away doing what they are doing," she said.

Nothing was done until she says she reported it to airport police.

Spirit tells us that law enforcement "began its investigation immediately after the flight arrived."

FOX 2 has learned federal investigators are looking into the case. Jackson wants Spirit Airlines and this man to be held accountable.

"I feel he needs to be held accountable for sure because obviously if he was bold enough to try this today, I don't know how many times he has been 'friendly' on other flights," Jackson said. 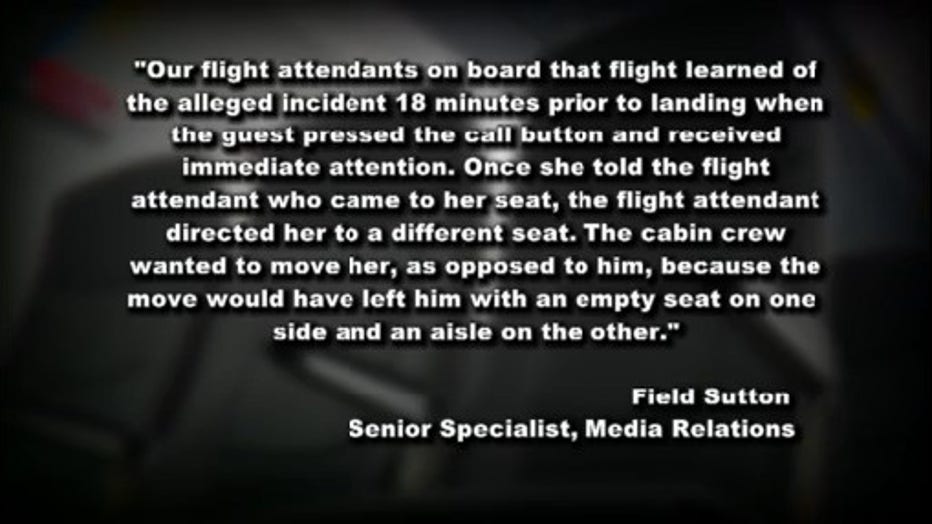 Spirit Airlines released a statement regarding the alleged assault.