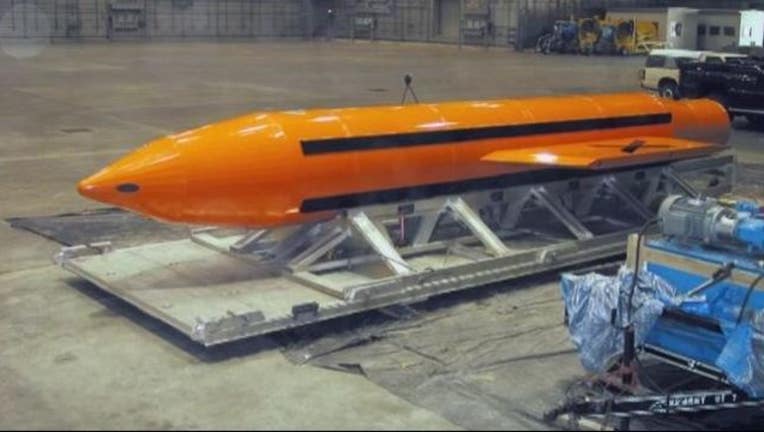 United States forces in Afghanistan dropped the military's most powerful non-nuclear bomb on an ISIS target in eastern Afghanistan on Thursday. This is the first time a Massive Ordnance Air Blast bomb (MOAB) has been used in combat since it was developed in the early 2000s

The Pentagon says the bomb was dropped on a cave complex believed to be used by ISIS fighters in the Achin district of Nangarhar province, very close to the Pakistan border.

Here’s what you need to know, courtesy of FOX News:

·   The MOAB, also known as the “Mother of All Bombs,” was dropped out of a C-130 aircraft in Afghanistan for the first time on Thursday.

·  The MOAB had never been used in combat until now. It was brought into service in 2008.

·  It is the largest non-nuclear weapon in the U.S. arsenal.

·  The MOAB is considered similar to a small nuclear weapon.

· The first test detonation was confirmed in March 2003.