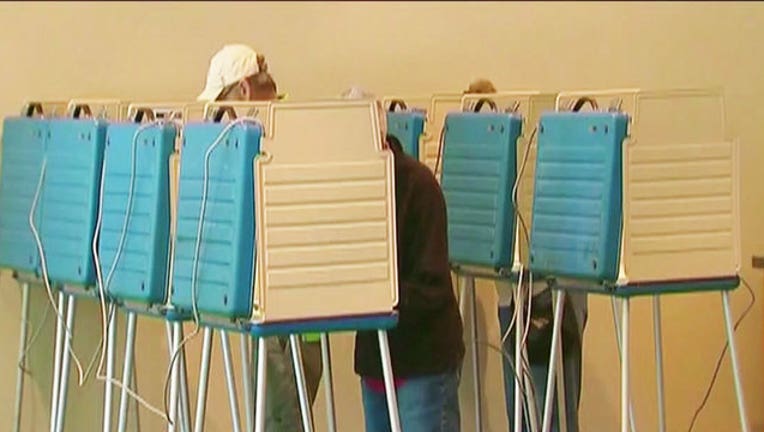 (WJBK) - The last of the three measures Michigan voters will see on the ballot Election Day would would enshrine certain voting rights in the Michigan Constitution.

Proposal 3 is a constitutional amendment, meaning it would change the constitution of Michigan. The number of signatures supporters needed to get it on the ballot is 10 percent of the votes cast for governor in the last election -- 315,654 signatures. The initiative was approved for signature gathering by the State Board of Canvasser on Feb. 13, according to Ballotpedia. The group behind the measure, Promote the Vote, submitted 433,069 signatures on July 9 and the measure was certified for the ballot on Sept. 6. The measure's sponsors spent about $2.6 million to hire Fieldworks, LLC to collect signatures for the petition.

What is being added to the state constitution?

Two sections of Proposal 3 would simply take a state law that already exists and put it into the Michigan Constitution:

Putting something into the state constitution makes it harder to change. Then the following parts of Proposal 3 would be changes in voting policies:

No-excuse absentee voting: Right now under Michigan law, voters that want to vote absentee need one of the following reasons, voter is: 1.) unable to vote without assistance at the polls 2.) in jail awaiting trial or arraignment 3.) expected to be out of town 4.) unable to go to polls for religious reasons 5.) appointed to work as an election inspector in a precinct outside of the inspector's home precinct 6.) you're 60 years of age or older. If Proposal 3 passed, voters wouldn't need a reason to vote absentee.

Secret ballot: The Michigan Constitution currently requires legislature to pass laws for secret ballots, but this measure would grant citizens the right to use them. A secret ballot allows citizens to vote in private, marking their vote on uniform ballots distributed by the government at polling locations. According to the Citizens Research Council of Michigan, 44 states have it in their constitution, six states have it in law, and three states conduct all elections by mail.

Straight-ticket voting: Under current law, straight-ticket voting is not permitted. Proposal 3 would allow for it, letting voters mark an option in the partisan section of the ballot and vote for all candidates for all positions affiliated with that party. CRC research states that if given the option, about one-third of voters use it. They say it reduces ballot roll-off, which is when voters get tired of making selections on a long ballot and stop after casting their votes for more high-profile postilions.

This proposed constitutional amendment would allow a United States citizen who is qualified to vote in Michigan to:

Become automatically registered to vote when applying for, updating or renewing a driver's license or state-issued personal identification card, unless the person declines.
Simultaneously register to vote with proof of residency and obtain a ballot during the 2-week period prior to an election, up to and including Election Day.
Obtain an absent voter ballot without providing a reason.
Cast a straight-ticket vote for all candidates of a particular political party when voting in a partisan general election.
Should this proposal be adopted?

The group leading the campaign behind Proposal 3 is called Promote the Vote, which was launched by the ACLU of Michigan, the League of Women Voters of Michigan and the Michigan State Conference of the NAACP.

Support for the ballot measure raised $4.91 million and spent 4.53 million, with the largest contribution coming from the ACLU at $2.49 million.

The group formed to oppose Proposal 3 is called Protect My Vote.

Michigan Secretary of State candidate Mary Treder Lang told WDET she opposes the proposal because "it's putting a burden on the clerks the day of elections."