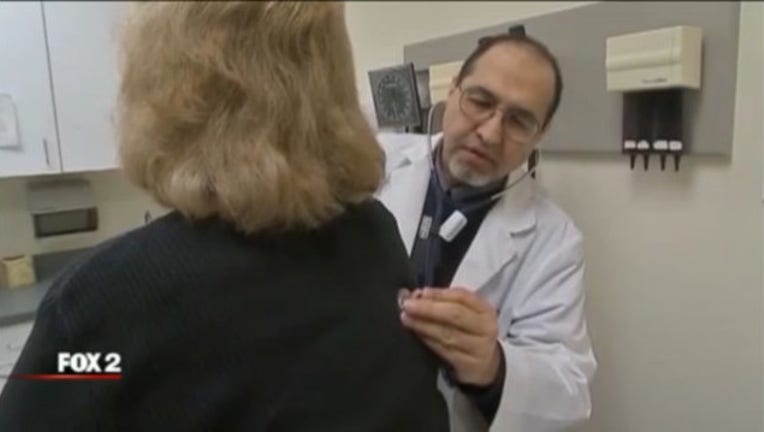 WASHINGTON (AP) -- The White House says it disagrees "strenuously" with a budget analysis of the Republican health care plan.

But Price says the administration disagrees "strenuously with the report that was put out."

Price complained the CBO only looked at the House bill, and not the two other parts of their three-phase plan.

As for the estimate that 14 million people would lose coverage, he says, "It's just not believable is what we would suggest."

House Speaker Paul Ryan is defending the GOP health care bill as budget analysts project that 14 million people would lose coverage next year and 24 million in the next decade.

Ryan is focusing on lower premiums and improved "access to quality, affordable care" in a statement Monday.

The Wisconsin Republican says the Congressional Budget Office analysis does not take into account additional steps the GOP-led Congress and Trump administration would take to lower costs and increase choices.

Ryan is rejecting what he calls the one-size-fits-all coverage of the Affordable Care Act, the existing law passed under Barack Obama in 2010.

He says the GOP bill is about giving Americans more choices and better access to plans they want and can afford.

Nonpartisan analysts project that 14 million people would lose coverage next year under the House bill dismantling former President Barack Obama's health care law. The estimate is a blow to Republicans.

Monday's estimate by the Congressional Budget Office says there would be 24 million more people uninsured by 2026 than under current law.

The projections give fuel to opponents who warn the measure would toss millions of voters off insurance plans. Criticism has come from Democrats, Republicans from states that benefit from Obama's law and many corners of the health-care industry.

Republican leaders have said their aim is to lower costs. They say coverage statistics are misleading because many people covered under Obama's law have high out-of-pocket costs that make health care unaffordable.