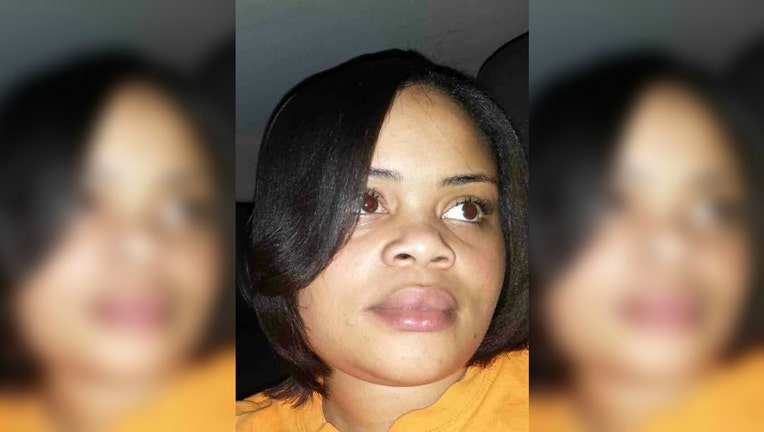 FORT WORTH, Texas - A white police officer who killed a black woman inside her Texas home while responding to a neighbor's call about an open front door "didn't have time to perceive a threat" before he opened fire, an attorney for the woman's family said.

"You didn't hear the officer shout, `Gun, gun, gun,"' attorney Lee Merritt said after viewing video taken from a Fort Worth officer's bodycam during Saturday's shooting of Atatiana Jefferson, 28. "He didn't have time to perceive a threat. That's murder."

Her family told KXAS television that Jefferson was watching her 8-year-old nephew when she was killed early Saturday.

The Fort Worth Police Department said in a statement that officers saw someone near a window inside the home and that one of them drew his duty weapon and fired after "perceiving a threat." The video released by police shows two officers searching the home from the outside with flashlights before one shouts, "Put your hands up, show me your hands." One shot is then fired through a window. The officer does not identify himself as police in the video.

"It's another one of those situations where the people that are supposed to protect us are actually not here to protect us," said Jefferson's sister, Amber Carr.

"You know, you want to see justice, but justice don't bring my sister back," she said.

An aunt, Venitta Body, said the family does not understand why Jefferson was killed.

"It's like from the moment we got the call, it's been more and more inconceivable and more confusing. And there has nothing been done in order to take away that confusion," Body said.

Police Lt. Brandon O'Neil said Sunday that the officer, who's been on the force since April 2018, is on administrative leave pending the outcome of an investigation and will be interviewed about the fatal shooting on Monday. His name was not released.

At a brief news conference at police headquarters, O'Neil confirmed that the officer did not announce he was police before he fired the fatal shot and that his failure to do so is part of the department's investigation.

O'Neil also confirmed that Jefferson's 8-year-old nephew was in the room with Jefferson when she was shot. He said representatives of the police department have spoken with the woman's family and "shared our serious and heartfelt concern for this unspeakable loss." Her family has said she was watching her nephew at the time.

James Smith, who called a police non-emergency number about the open door, told reporters he was just trying to be a good neighbor.

"I'm shaken. I'm mad. I'm upset. And I feel it's partly my fault," Smith said. "If I had never dialed the police department, she'd still be alive."

Smith said Jefferson and her nephew typically lived with an older woman, who's been in the hospital.

"It makes you not want to call the police department," he said.

In an audio recording of Smith's call that was released by police, the neighbor said it was "not normal" for the house to leave its front door open for hours at that time of day.

The Fort Worth Police Department said it released bodycam footage soon after the shooting to provide transparency, but that any "camera footage inside the residence" could not be distributed due to state law. However, the bodycam video released to media included blurred still frames showing a gun inside a bedroom at the home. It's unclear if the firearm was found near the woman, and police have not said that the officer who shot her thought she had a gun. The police statement released Saturday said only that officers who entered the residence after the shooting found a firearm. Police did not immediately respond to a message seeking comment Sunday.

"The killings of unarmed Black Americans have got to end," Sanders tweeted. "Atatiana Jefferson should be alive."

The shooting comes less than two weeks after a white former Dallas police officer was sentenced to 10 years in prison after being convicted of murder in the fatal shooting of her black neighbor inside his own apartment. Amber Guyger, 31, said during her trial that mistook Botham Jean's apartment for her own, which was one floor below Jean's. Merritt also represents Jean's family.