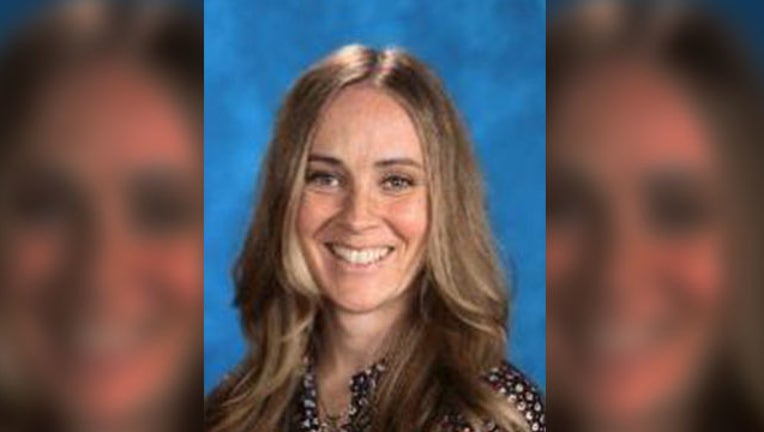 A recently filed complaint in U.S. District Court says 39-year-old Shannon Blick served as principal at Lawton Elementary School in Ann Arbor since 2013, but was stripped of her duties in part because a black person wanted her job. She was put on paid administrative leave in April and barred from school events.

Blick's attorneys allege the district and its board have a history of "harboring, and acting on, racial animus towards Caucasians and non-minority individuals."

The suit claims the district has a history of harboring and acting on racial animosity against Caucasians and non-minorities.

She also claims the district and board has failed to take action on 'reverse discrimination' complaints and reports filed by Caucasian and non-minority administrators.

Blick's attorneys said in her time as principal, she was consisted rated highly  effective as the leader of the school and had a 'spotless and pristine' record with the district and had no warnings, disciplines, suspensions, complaints, write-ups, grievances, charges, or negative employment in that time.

The suit claims this new assistant principal had reported racism at the old school and the district was concerned about losing a minority administrator.

Then, in April of this year, Blick was told by the district's leadership that she was being investigated based on a human resources report that a custodian at the school had stolen $25,000 over 4 years and that Blick was responsible, the lawsuit claims.

She was then asked to resign and later placed on administrative leave. In early May, she met with district administrators and says they made "outrageous, humiliating, inhumane and patently false accusations regarding Ms. Blick's conduct, purportedly on and off work premises." She was also told that a group of parents planned to speak at the next school board meeting, and she was told if a reporter requested her personnel file, it would contain the "outrageous accusations" and Blick would be destroyed by the story, her lawsuit claims.

She then said she was asked to contact the parents and ask them not to attend the meeting. Blick said she was so fearful for her future, she did as asked.

Blick's three children are all in Lawton and, since April 26, she's been unable to participate in school-sanctioned events because she's prohibited from appearing on Ann Arbor property.

Blick is suing the district for $5 million for lost wages and distress and is asking to get her job back as principal.