Gov. Gretchen Whitmer 1-on-1 on issues that swung election win

Governor Gretchen Whitmer sits down with Tim Skubick looking back at 2022 and goes over the issues that mattered most to voters - and sparked her win - against challenger Tudor Dixon.

LANSING, Mich. (FOX 2) - Gov. Gretchen Whitmer concedes that if Proposal 3 had not been on the ballot last month, some of the election outcomes might have been closer and for the first time, she evaluates the performance of her GOP opponent in the two debates they had.

FOX 2's Tim Skubick has part four of our series with the governor from the executive residence.

Going into the debates, some of the Lansing pundits expected the governor to easily out-debate her GOP opponent Tudor Dixon. But a funny thing happened on the way to that goal.

The Republican underdog - despite zero debate experience under her belt - showed that she could go toe to toe with the decidedly more experienced sitting governor.

"She had a lot of training with the camera, and she is an actor," Whitmer said. "So I wasn't particularly shocked."

The governor reveals she went to school and watched Dixon in a series of Republican Primary debates with her opponents.

Dixon then scored some debate points when the governor asserted that she shut down the schools for three months during COVID and she asserted it was long than that.

Did the governor know she made a mistake with the three months statement which she failed to explain?

Tim Skubick: "Did you know when you made that statement that you put your foot in your mouth?"

Skubick: "The answer is yes."

"I was getting a little tired of my opponent saying I shut down schools for two years, it was wrong," Whitmer said. "Under my order, schools were out for three months but then it went to the local (districts)."

But during the debate, the governor left that point out.

"Tim, in a debate you have 60 seconds to talk about a lot of stuff and then you get 30 seconds to clear the record," she said. "I didn't have enough to time say the extra part."

As it turned out, the debates changed nothing as Whitmer beat Dixon by 11 points.

The governor did get a big boost from the U.S. Supreme Court which tossed out the Roe v. Wade abortion decision.

The new Dobbs v. Jackson decision led to Proposal 3 to restore abortion rights in Michigan. Take that off the ballot and the impact on the outcome?

"It might have made it a little closer," she said. "I don't know, who knows? I know that we saw people who were engaged, who were never engaged before."

The governor feels voters were so engaged that the "reproductive freedom" proposal provided a one-two punch in her favor.

For six weeks the governor's backers hammered Dixon for personally being against abortions in cases of rape and incest (despite that the abortion issue was on the ballot separately). But with no money to respond, Dixon's image was shaped. She was slammed as a radical and not right for Michigan - and the image stuck.

The messaging worked with Democrat voters, producing an 11-point win for the governor.

In our final installment from the executive residence, the first gentleman Dr. Marc Mallory makes a rare TV appearance. 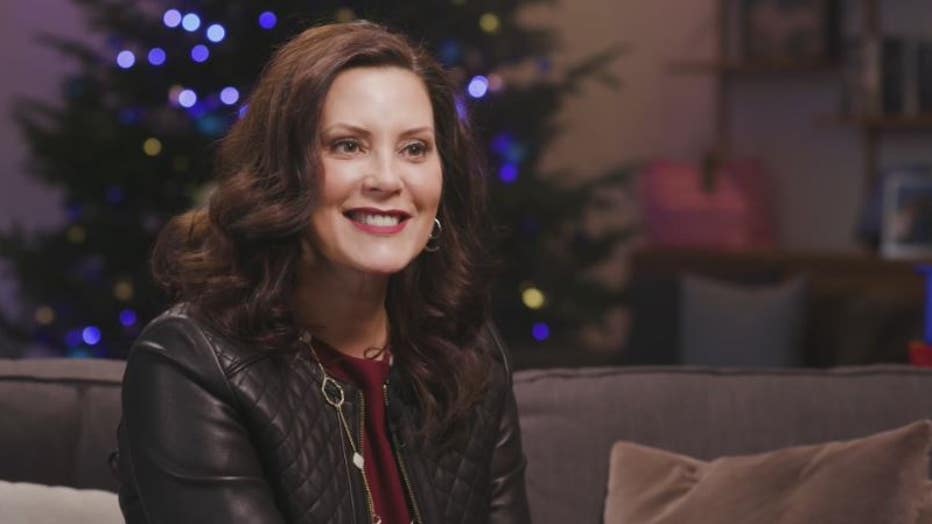