LANSING, Mich. (FOX 2) - Good news for families and seniors in need, the governor and both political parties are moving toward a tax cut that could save them between $350 and a $1000 a year.

Gov.Gretchen Whitmer and her team is joining with Republicans to expand the tax credit at a savings of about $350 a year. They disagree on how much the cut will be but they can work that out.

"This is a moment to be optimistic, and be excited about where we are headed and to get it done so we can help people," Whitmer said.

Tim Skubick: "Are you willing to expand it to include more retirees?"

"Where we go from here, it will be a lot of negotiation, and we will see what the final bill looks like when it comes to my desk," Whitmer said.

Ever since former GOP Gov. Rick Snyder adopted the so-called senior retirement tax, Democrats have fought unsuccessfully to kill it.  Now that the Democrats control the legislative process, they hope to phase out that tax over four years.  But there is a catch.

The House GOP leader Matt Hall says his plan reduces the tax cut, but does not eliminate it. And he argues the Democratic plan only includes public pension retirees while the Republicans' plan includes everyone with a retirement check.

"If we don't pass this kind of a plan that gives relief to all retirees, a lot of seniors are going to very surprised when this retirement tax that the Democrats are putting forward passes - the pension tax,  and most of them get no relief," said Hall. 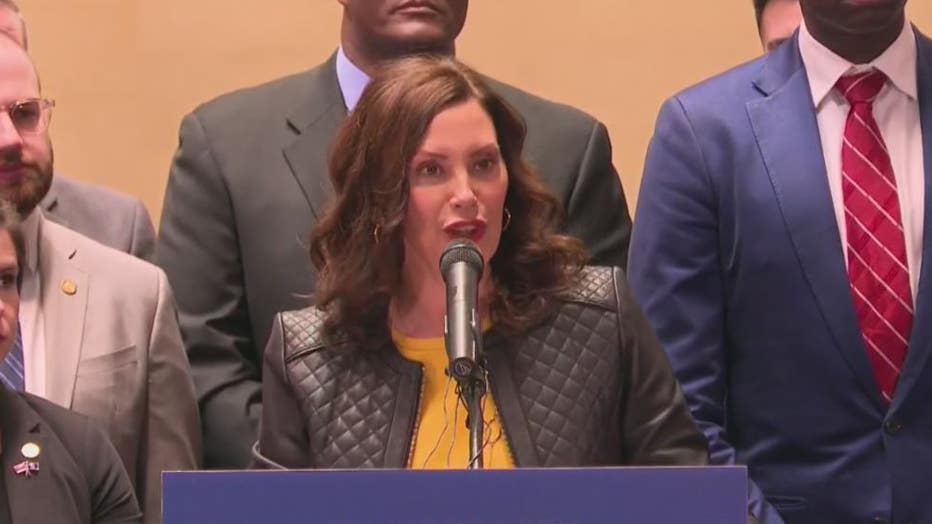