During Michigan Governor Gretchen Whitmer's COVID-19 update, she said the payments to former director Gordon was not 'hush money'.

SOUTHFIELD, Mich. (FOX 2) - Michigan Governor Gretchen Whitmer defended the separation agreement that led to more than $155,000 paid out to former MDHHS Director Robert Gordon, saying that it is common when someone in leadership leaves a position in the public and private sectors.

After the governor announced restrictions would be loosened, the first question was if it was a common practice to pay state employees up to $155,000 in severance.

Whitmer went on, saying she was proud of the team's work and thanked former director Gordon and his team for their efforts in the pandemic.

"There were not any improprieties in director Gordon's work. It's simply that he tendered his resignation and I accepted it," Whitmer said.

The Governor said when Gorden was ready to step aside, she accepted his resignation and the separation agreement was put in place.

"Separation agreements are used often in the private and public sector when someone in leadership position leaves an organization and, due to the nature of the agreement, there's not a lot more that I can say on the subject."

"I really bristle at that characterization. The nature of the separation agreement is that when someone leaves, there are terms to it and you cannot share every term to it. That's simply what it is," Whitmer said. 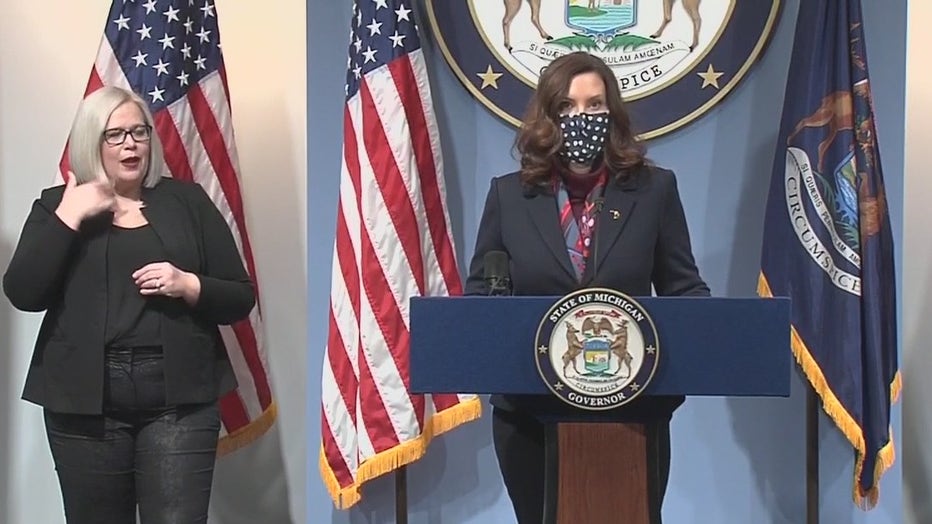 The agreement calls for Gordon to drop all claims against the state, though it was not immediately clear what claims may have been included. It also promises legal assistance in matters relating to actions he took while director. Gordon resigned in January after signing a new employment agreement the previous October that included a $182,000 salary, according to The Detroit News and the Free Press.

It was not revealed why he was leaving at the time of his resignation. However, he resigned shortly after the Michigan Supreme Court effectively invalidated many of Whitmer's executive orders pertaining to the COVID-19 pandemic, and Gordon issued essentially the same mandates under state laws unaddressed by the court.

The director's decision to step down during the pandemic prompted questions, but the governor repeatedly avoided giving direct answers when asked whether she requested he resign. However, the separation agreement says if asked, the state will say Gordon voluntarily resigned.

Gordon on Monday declined to comment on the agreement.