Gov. Gretchen Whitmer showed up before a packed house at the Charles H. Wright Museum in Detroit Wednesday night.

"So we know there’s gonna be a stark choice in 97 days, not that I’m counting," Whitmer quipped.

One day after Tudor Dixon clinched the GOP gubernatorial nomination in the primary election, Whitmer spoke to voters.

"We cannot understate how stark the difference is," she said. "But we, in this room, and across our state, we are working to make sure Michigan continues moving forward," she said.

Dixon, meanwhile, spent much of her time during her acceptance speech on Tuesday night attacking her opponent.

"This is going to be an epic battle between a conservative businesswoman and a mother and a far-left birthing parent, career politician," Dixon said.

"I feel like Gretchen is for everyone - not just for women, not just for me, but for everyone," said voter Melissa Hallock. "And I’m a woman raising two gay sons so it goes way further for me."

Tarence Wheeler says he is standing up for women’s reproductive rights and commended Whitmer for doing her part to protect abortion.

"I think it’s amazing when people are telling you what you should do in terms of starting your family," Wheeler said. "I believe abortion is healthcare, it is your decision, it is your choice. Who am I to tell you what to do with your body."

The abortion issue is one of the hot-button issues heading into November between Whitmer and Dixon, the latter of which, is staunchly pro-life, in the first-ever all-female race for governor in state history. 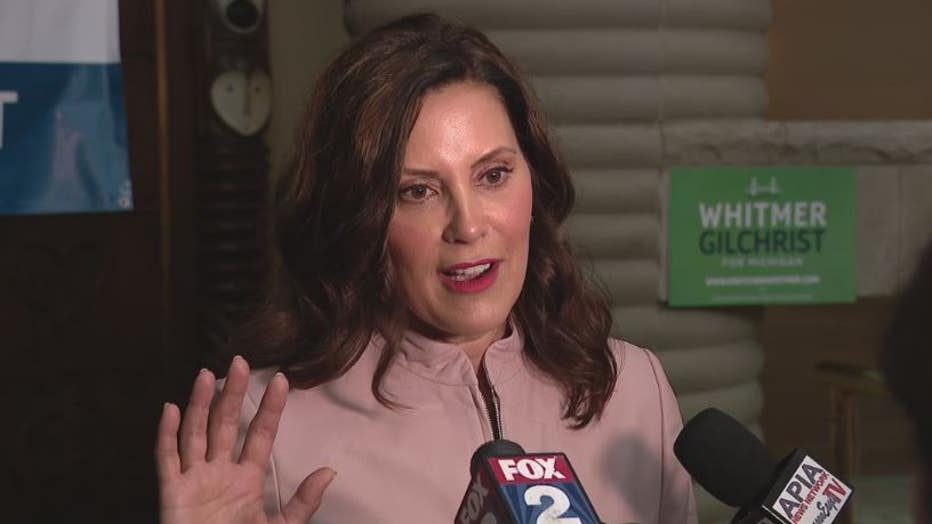