FOX 2 - Gov. Gretchen Whitmer has made her first public comments about her trip to Florida to visit her father while the state GOP is blasting her for being hypocritical.

Whitmer never issued an order banning out-of-state travel but her administration in the middle of this current Covid surge did suggest that Michigan residents not travel out of state during the break.

Gov. Gretchen Whitmer claps back at critics for seizing on her Florida trip

Gov. Gretchen Whitmer is talking about the recent reports that she went to Florida to visit her father last month.

The governor confirms that prior to this surge she traveled to Florida to visit her 80-year-old father in an interview with The Washington Post.

"A short two full-day trip to check in on my father who is battling some chronic illness and he's a very private person and I feel terrible that I even had to share that much," Whitmer said. "but it certainly was not spring break. I was doing both my job as governor from a distance and that of a daughter who was helping a parent who needed a little help."

The governor did not disclose what help was needed.

The state Republicans party calls the governor's Florida visit hypocritical in that regular citizens were being advised to stay home while she was traveling out of state.

The governor dismisses the GOP criticism as an attempt to score points on the eve of her re-election bid next year.

"It's maddening. A lot of these same people would accuse me of not having family values if I didn't show up when a family member needed some help, right?" Whitmer said. "It was a two-day trip. I was not partying in Miami. It's very different than what they are portraying and I think, unfortunately, in this environment, it seems like people are more focused on scoring political points."

The state GOP also seized on recent reports of two Whitmer staffers taking spring break trips to Alabama and Florida in a scathing release Monday evening. Whitmer dismissed them as partisan hit-jobs in a press conference last week but did not mention her own trip. 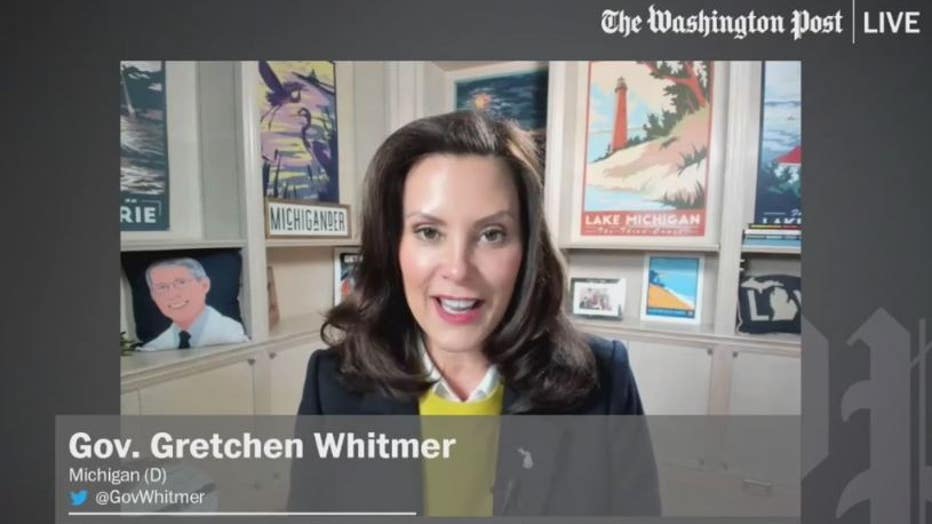 Gretchen Whitmer took to the Washington Post to address the report of her visiting her father in Florida.

Instead of complaining about her Florida, Whitmer issued a stinging criticism of the Republican-led legislature for stalling to spend $18 billion in Covid federal aid.

"We can drop all of (these) ugly political tactics," she said. "It's unfortunate but this is the moment we are in.

But the Republicans argue the trip was wrong and say she needs to fess up and explain if she traveled by commercial plane, private, or any other details.