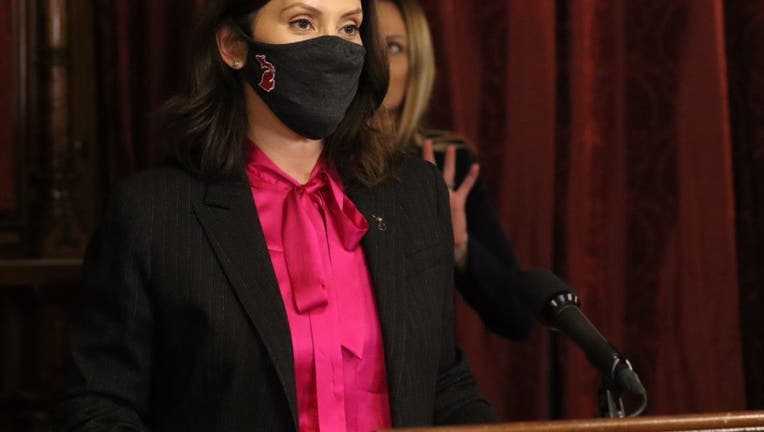 At this time last year, the state was up against a $3 billion deficit. As the pendulum has swung and the public health situation continues to improve, Whitmer wants to see the extra cash go toward improving Michigan's economic support systems.

Whitmer promised more details in the near future but teased out her Michigan Economic Jumpstart Plan Thursday.

At this time last year, the state was up against a $3 billion deficit. As the pendulum has swung and the public health situation continues to improve, Whitmer wants to see the extra cash go toward improving Michigan's economic support systems.

"Under the Michigan Economic Jumpstart plan, we can harness these once-in-a-lifetime economic opportunities and channel it to raise wages, invest in small businesses, and uplift families," said Whitmer in a release.

Appropriating the dollars still lands on the responsibility of the legislature, which means that before the cash gets spent, it will need approval from lawmakers as they and the executive branch continue negotiating the budget.

RELATED: One McDonald's is so desperate for workers it is giving away iPhones

As of early June, the state's unemployment rate was 4.9% - lower than the national average at 6.1%.

Whitmer has proposed using $300 million to help businesses increase wages that will cover the difference between a worker's current wage and a $15 per hour rate. The grants would cover the first three months of the raise for workers if businesses commit to retain the employee and offer the same wage for three months after that.

Another $120 million would go toward Michigan Reconnect, which helps pay for trade school and community college to anyone 25 years or older that doesn't have a degree.

Another $60 million would go to the state's Future for Frontliners program, which was authorized by Whitmer a few months into the pandemic that pays tuition for frontline workers.

The $300 million investment for small businesses, titled the Michigan Mainstreet Initiative, would send money to restaurants and other place-based businesses to cover costs, fill in gaps that small businesses never got plugged either from being left out of certain incentives or other organizations, as well as startups.

The restart program will offer $20,000 for helping with mortgages, rent, taxes, and payroll assistance. The plan also sets aside $25 million for businesses with 9 employees or less - which is about half of the state's registered small businesses.

The governor’s plan would temporarily increase the income eligibility threshold from 150% to 200% of the federal poverty line, waive out-of-pocket copays through fiscal year 2022, and provide a 10 percent increase in hourly rates for child-care providers.