Republicans, Democrats race to define opponents in race for Governor of Michigan

The election for the governor of Michigan is shaping up to be a hotly contested race and both sides are quickly putting together messages about their opponents.

LANSING, Mich. (FOX 2) - With a little over three months before Michiganders will vote, race for Governor is already slated to be as one of the hottest in the nation and both sides are already throwing sharp words and using aggressive tactics.

Republican Tudor Dixon will take on incumbent Governor Gretchen Whitmer and both parties are racing to shape the image of their candidates - and the opponents.

To win elections, voters need to know who you are and candidates want to define themselves in positive terms. For instance, during a unity luncheon on Wednesday, Republican Co-Chair Meshawn Maddock defined Dixon and Whitmer like this:

"She was a younger, smarter and hotter Gretchen Whitmer," Maddock said.

Then it was Dixon's turn to explain what November 8 is going to look like.

"This is going to be an epic battle between a conservative businesswoman and a mother - against a far left birthing parent and career politician," Dixon said.

Meanwhile, Whitmer and her backers are moving quickly with the first TV ad as they try to define who the Democrats think Dixon is. The ad, titled ‘No Exceptions’, hits Dixon on abortion and her statements regarding ‘no exceptions' for abortions in the case of rape or incest.

Dixon now says she does favor abortions to save the life of the mother, which was not included in the ad.

The governor will let others attack her opponent while she says she's going to keep doing her job.

"I'm going to stay focused on doing my job for the people of Michigan," she said.

Former Michigan Governor John Engler said the governor is using this campaign as a stepping stone.

"In the Gretchen Whitmer campaign, they are dreaming of the next campaign: her presidential campaign," he said.

So, until the Dixon campaign buys commercials to tell the voters who she is, the democrats will spend their wealth on mass media to put their message out. 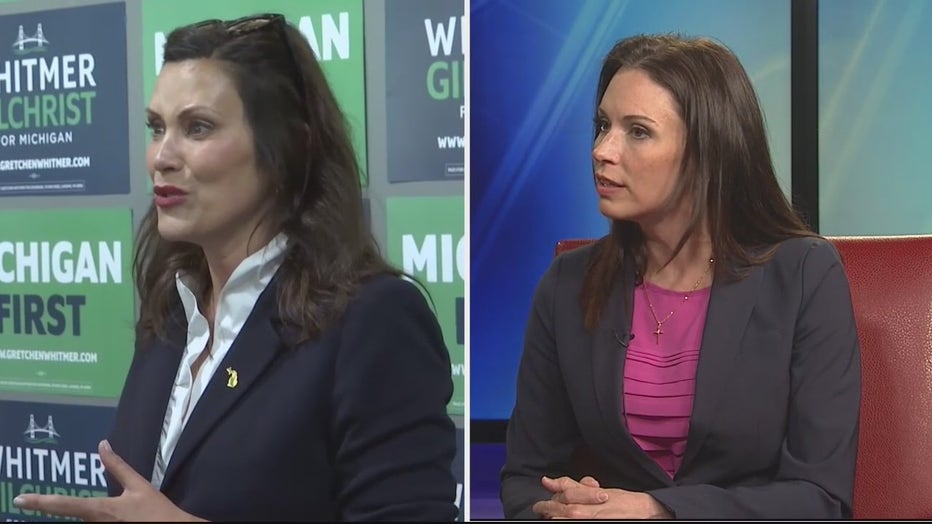