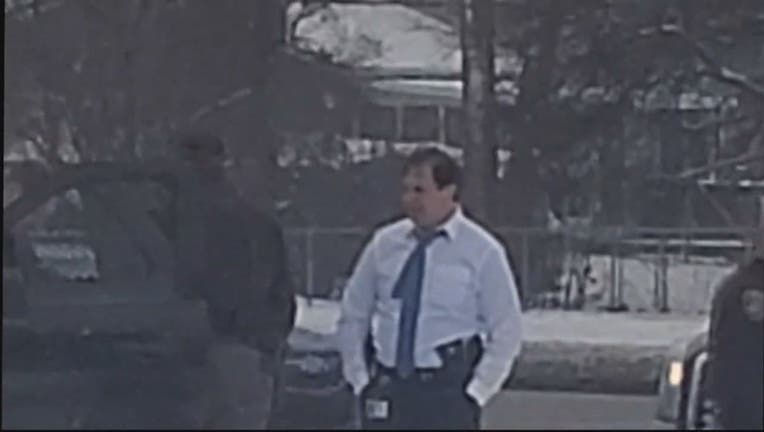 WATERFORD, Mich. (FOX 2) - A man appearing to impersonate a police officer was busted by none other than the top cop himself, Oakland County Sheriff Mike Bouchard.

Bouchard was on M-59 near Telegraph Thursday afternoon when he spotted a vehicle with police-style bumpers, an array of lights on the back and a decal that read "emergency response." So Bouchard turned on his emergency lights and stopped the vehicle.

Someone from nearby Munk's auto shop Waterford captured the traffic stop on video. Bouchard can be seen in a white shirt and tie.

When the suspect rolled down the window his first question was, 'Who are you?' The answer: 'I'm the sheriff!'

Oakland County Sheriff Mike Bouchard spotted and pulled over what turned out to be a phone police vehicle Thursday afternoon in Waterford.

As you can see, both vehicles have flashing lights and decals and appear to be legitimate police vehicles - but we've now learned one is a phony.

Bouchard said a fake radar was on the dashboard and a police-style computer also in the car. He also discovered a loaded gun and a large knife.

The man was arrested. Charges are pending.

The Oakland County Sheriff's Office would like to hear from you if you believe you've been pulled over by this vehicle.