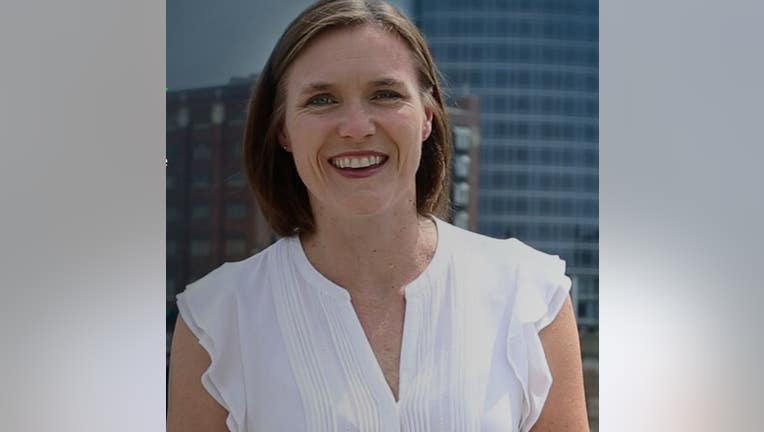 LANSING, Mich. (FOX 2) - Winnie Brinks is making history after being chosen as the first female Senate Majority Leader in state history for the 102nd Legislature.

Brinks, 54, was selected by the Senate Democratic Caucus Thursday. Brinks (D-Grand Rapids), called it an incredible honor as she spoke to assembled media at the State Capital.

She also pointed out that Eva McCall Hamilton (R) was the first woman to serve in the state legislature, also representing Grand Rapids.

"She was elected over 100 years ago, so it's my honor to follow her," she said. "But it's certainly my honor to be the first female to lead as the Majority Leader of the State Senate.

"It's been hundreds of years that men have been in charge, and it's high time women are having a seat at the table. And in Michigan, we have lots of seats at the table, and it's very gratifying to be part of that."

Brinks listed the economy, education and reproductive rights as some of the party's top priorities going forward and didn't rule out rolling back key measures passed under Republican leadership.

Democrats are expected to look at the state's right-to-work law, which was passed in 2012 by the Republican Legislature and signed by former GOP Gov. Rick Snyder. Brinks didn't rule out the possibility of working to repeal the law, which says workers can't be forced to support a union to keep their job, adding that "all issues are on the table."

Democrats won control of the state Senate in Tuesday's midterms for the first time since 1983 and are expected to control both chambers in addition to Democratic Gov. Gretchen Whitmer being elected for another four-year term.

Brinks served in the House of Representatives from 2013 to 2018 before being elected to the Senate. where Brinks was the first woman to represent Grand Rapids in the state Senate since Hamilton in 1921.

Results from the election show that Democrats, to this point, control 19 seats in the state Senate and have a tie-breaking vote with Lt. Gov. Garlin Gilchrist II. In the state House, Democrats have only won 55 of the 56 seats needed to assure a House majority, with five still outstanding, according to race calls from The Associated Press.

In a statement, current Senate Majority Leader Mike Shirkey said that while Tuesday's results were not what Republicans had hoped for, they would do their part to ensure "for a smooth transition." Senate Republicans on Thursday selected Sen. Aric Nesbitt of Lawton to be their next leader.

Both Brinks and Whitmer have continued to emphasize their desire to work across the aisle even with full control. Whitmer said in her victory speech Wednesday that she would be a governor "for all of Michigan" and would work "with anyone that wants to get things done."

More than 4.3 million Michigan residents cast a ballot during the 2022 midterm election, according to Michigan Secretary of State Jocelyn Benson.