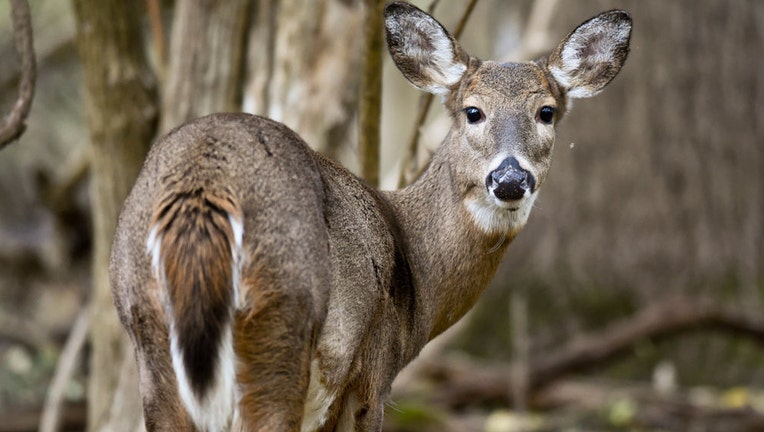 FILE - A whitetail deer looks for food in the woods.

ALPENA, Mich. - Deer hunters might find it easier to bag a buck than to have the meat processed in some areas of Michigan.

With the traditional 15-day firearm season starting Monday, some butchers in the northeastern Lower Peninsula expect to be very busy, especially because there’s less competition.

Several butcher shops have closed or their owners have retired, said Alisha Manning, owner of Bucky’s Meats in Lachine, west of Alpena.

"It’s getting to be slim pickings for northeast Michigan on butcher shops," Manning told the Alpena News.

She has been processing deer from earlier limited deer hunts. Manning finally put a sign in her window telling hunters she was "maxed out" and couldn’t take more. But she’s prepared to take deer killed during the firearm season.

Manning said it was common to see pickup trucks outside her shop before she turned on the lights.

"It’s a good time to get into the business, for sure," she said. "If you know what you’re doing, get some coolers and I’ll send you some business."

At Dave’s Deer Shack in Alpena, Dave Radle said he’s also heard about processors hanging up their knives. He’s been handling deer since the youth hunt in September.

"My wife’s nervous, but I don’t sweat it," he said of the demand for processing. "One at a time will do it."