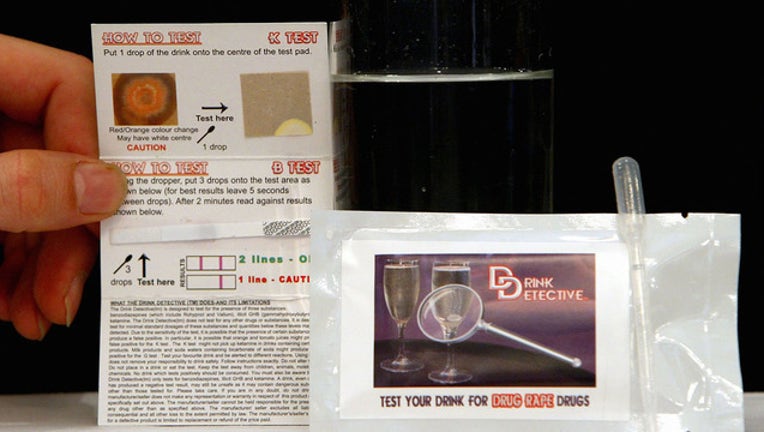 NEW YORK (ASSOCIATED PRESS) - Languishing evidence in over 100,000 sexual assault cases around the country has been sent for DNA testing with money from a New York prosecutor and federal authorities, spurring over 1,000 arrests and hundreds of convictions in three years, officials said Tuesday.

It's estimated that another 155,000 or more sex assault evidence kits still await testing, and thousands of results have yet to be linked to suspects. Many who have been identified can't be prosecuted because of legal time limits and other factors.

Still, "we have begun to rectify what has been a tragic failure of government and law enforcement at all levels -- a decades-long, systematic denial of equal rights for women in the justice system," Manhattan District Attorney Cyrus R. Vance Jr. said in a statement while releasing results of his $38 million investment in testing outside his own turf.

Vance, who took office after New York City cleared its own testing backlog, and the Department of Justice have worked in tandem since 2015 to help other places tackle theirs.

The two agencies have paid to send years-old kits to labs from dozens of states and communities, ranging from Flint, Michigan, to Mobile, Alabama, to Las Vegas.

Some cities also have mobilized on their own. But the big grants from Manhattan and Washington "infused this movement with resources," says Ilse Knecht of  the Joyful Heart Foundation, a sexual assault victims' advocacy group that has spotlighted the backlog.

The backlog built up over decades, partly due to the cost of tests that can run $1,000 or more.

But victims' advocates also say many sex assault cases simply got sidelined over the years by police and prosecutors who unduly disbelieved or downplayed victims' allegations.

New York City worked through a 17,000-case backlog between 2000 and 2003, an effort that yielded more than 200 prosecutions. Vance, a Democrat elected in 2009, offered other places money to attack their own backlogs and negotiated discount rates with labs.

His program -- financed with $38 million from settlements in banking-related cases -- dispatched more than 55,000 rape kits to testing labs. The results have yielded 186 arrests and 64 convictions to date, with more investigations and prosecutions still underway, according to a report released Tuesday.

In Riverside, California, arrests included a suspect in the rape of a teenage girl asleep on her couch in 1996, the report said. The Tempe Police Department in Arizona assigned two cold-case investigators to work full-time on rape kit cases there. North Dakota cleared its entire backlog of 210 kits.

Meanwhile, another nearly 45,000 rape kits have been sent to labs through the Justice Department program -- and it's produced nearly 899 prosecutions and 498 convictions and plea bargains, according to data the agency provided Monday to The Associated Press.

The Justice Department has put $154 million over three years into its sexual assault kit initiative, which includes other things besides testing.

DNA testing is far from a surefire way to close cases. Only some rape kits have sufficient DNA to generate a profile of a potential suspect. Just some of those match any profile in the FBI databank -- and sometimes it's just a match to DNA that turned up at another crime scene, with no name attached unless the person gets arrested in the future.

Even when DNA matches a known offender, prosecution is sometimes impossible because the legal time clock has run out, the suspect has died, the victim is unavailable to testify or other reasons.

But authorities and victims' advocates say arrests aren't the only measure of the impact of getting the tests done.

"It means that the criminal justice system cares what happened to you," Knecht said.