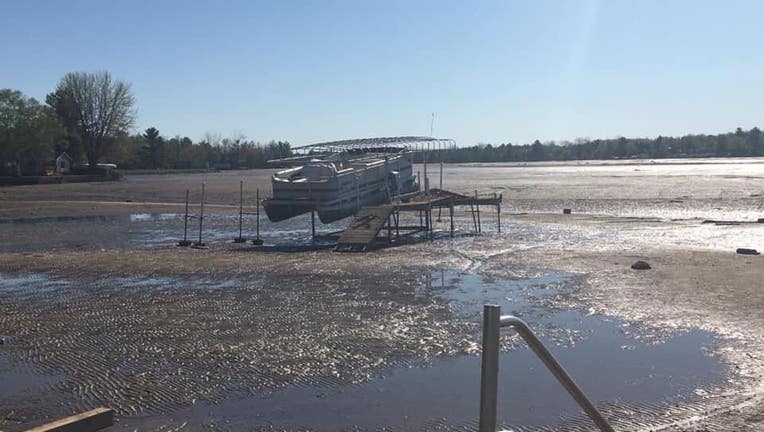 When the Edenville Dam failed millions of gallons of water from Wixom Lake rushed through. Now, for people who lived on the northside of the dam, little is left of the lake.

Video sent to FOX 2 from a viewer in Hadley shows what remains of Wixom Lake. In the video, you can see docks standing in mud and sand, boats seem to be suspended in mid-air, several feet above the earth, and water only where the river originally before the dam was put in.

Edenville Dam, which gave way Tuesday evening, formed Wixom Lake when it was built. Now the lake is gone after the dam failed.

Edenville Dam, which gave way Tuesday evening, was built in 1924 where Tittabawassee River and one of its tributaries meet. The damming of the water formed what was Wixom Lake.

When the Edenville Dam broke, water from Wixom Lake rushed through and is threatening Sanford Dam as well, which is downstream from Edenville.

The dam failed around 5:45 Tuesday night after heavy rain over the weekend and into the week. The rushing waters then burst another dam, forcing the evacuation of thousands of residents around the Tittabawassee River and Gov. Gretchen Whitmer to issue a state of emergency for Midland County.

The only things that show Wixom Lake was once a lake on Wednesday were the docks that remain suspended in mid-air. The devastating situation is still unknown as the greater Midland area now deals with a natural disaster on top of the coronavirus state of emergency.

The previous owner of the hydroelectric dam had its license revoked in 2018.

Boyce Hydro Power which operated the dam before agreeing to sell it this year had failed for years to make repairs to it. In 2018, the Federal Energy Regulatory Commission (FERC) ordered the company to shut down all electric-generating equipment. Among chief concerns from the regulatory commission was potential for the dam to fail if floodwaters rose to high. 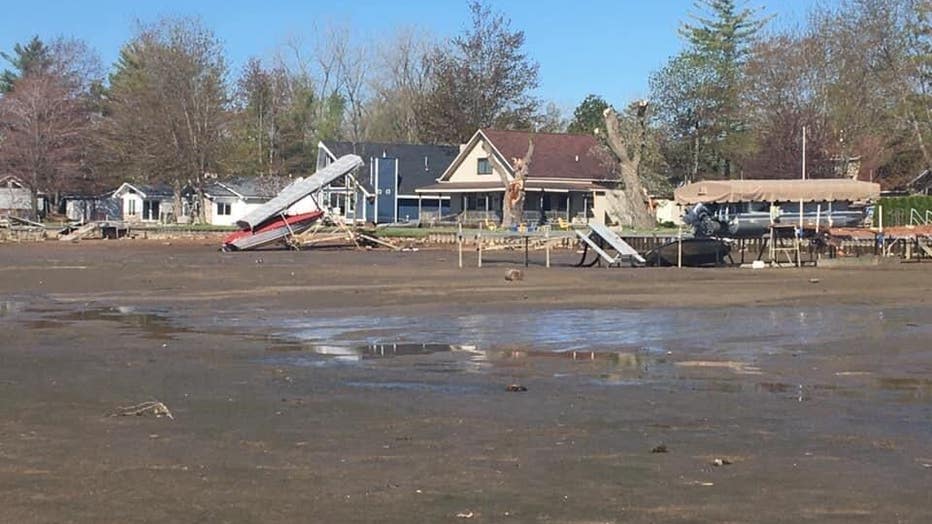