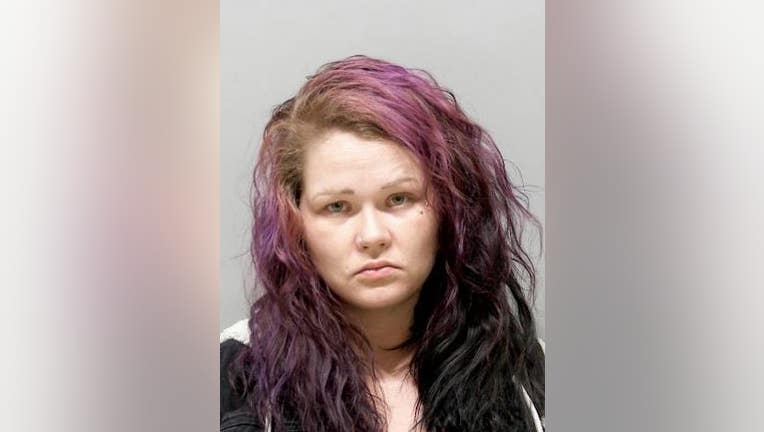 Police said Brittni Rice, 27, allegedly fired into the home in the 9240 block of Broadstreet just before 3 p.m. while a 2-year-old child and four adults were inside.

When Rice fled the house, police said her 26-year-old ex went outside and Rice shot at him twice. Rice is accused of leaving then driving back to the home to fire three more shots while police were investigating.

Police said she then left the scene and was pursued by police a short time later. She pulled over and was arrested without incident.

No one was shot, but one person was injured by wall debris during the shooting. Police said they refused medical treatment.

Rice is charged with eight counts of discharge in/at a building, one count of domestic violence – third offense, one count of carrying a concealed weapon, one count of assault with a dangerous weapon, and nine counts of felony firearm.

She was given a $500,000 cash bond. If she posts bond she will be under house arrest with a GPS tether. She cannot have contact with the people involved in the incident.

She is due in court Dec. 29 for a probable cause conference.