Police say they saw the woman parked in a church parking lot off Jefferson Avenue around 3 a.m. Monday and were concerned, so they tried to check on her. That's when she drove off.

"That's not normal behavior, with a month-old baby in the backseat. So, why she was there? We're not really sure yet. Again, that's part of the investigation," says Grosse Pointe Farms Police Chief Dan Jenson.

Grosse Pointe Farms police called off the pursuit as they knew a baby was in the car, but were able to give other departments a description of the vehicle and where it was headed. Grosse Pointe Park police set up stop sticks in her path, which deflated her tires. She was taken into custody near the McDonalds at Jefferson Avenue and Crane Street.

Neither she nor her baby boy were hurt. Chief Jenson says the baby was sleeping most of the time. The baby was taken to the police station, where staff looked after him until grandparents picked him up.

Sources tell FOX 2's Robin Murdoch that the woman who was arrested was being previously investigated for taking ribbons down that were put up in remembrance of Paige Stalker.

Stalker is the teen from Grosse Pointe Farms who was killed last December on the border of Detroit. She was sitting in a car with some friends when someone fired roughly 30 rounds into the vehicle. Stalker was fatally struck. Despite a huge reward, nobody has been arrested in connection with Stalker's murder.

Stalker's mother tells Robin that multiple ribbons have been taken down in recent weeks for no apparent reason.

We're told the woman has been uncooperative since being taken into custody. She could face a slew of charges, including child endangerment. 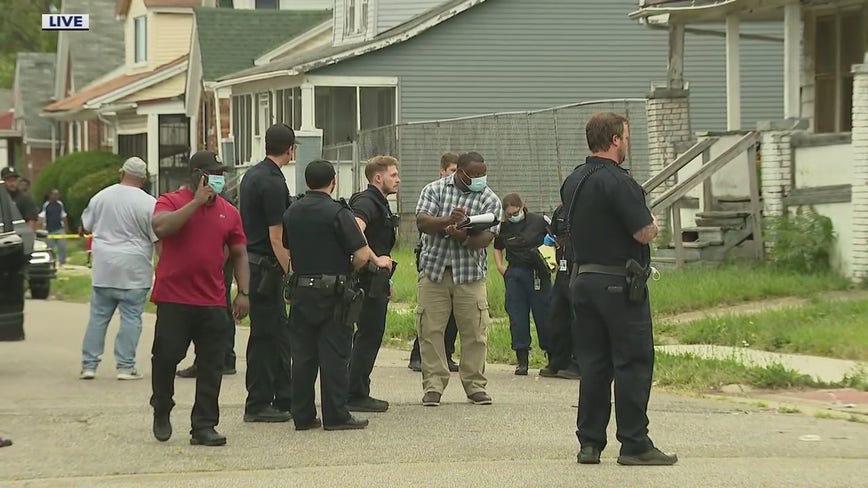