FOX 2 - Representing Detroit, Latrice Delgado-Macon is just days away from competing in the Mrs. Michigan pageant. Delgado-Macon opened up about the adversity she's had including losing her beloved brother to cancer at 30, then surviving a car crash after hearing the news of his death.

Now she needs votes from the public to become a finalist in the Mrs. America Pageant and raise money for families affected by substance use.

Representing Detroit, Latrice Delgado-Macon is just days away from competing in the Mrs. Michigan pageant. Behind her beaded ballgown is a strength that can only come by facing adversity.

Delgado-Macon realized she could use her pageant platform to raise awareness for two causes dear to her heart - mental health and cancer awareness.

During her journey as Mrs. Detroit, Delgado-Macon has been campaigning for organizations including the D'Angelo Delgado foundation, which honors her brother's memory by helping kids with cancer.

If Delgado-Macon gets the most votes and raises the most money she will automatically make the top five at Mrs. Michigan on Saturday. If she wins, she plans to share her story with the country at Mrs. America.

"I'm going to give it my all for my family, not just for my brother but for my daughter as well," she said. "And I want to show her anything is possible you can get through anything, and you don't have to be alone. you've got this we've got this we are going to fight this together, and we are going to bring home the crown."

The voting deadline is Saturday, May 8th A portion of the profits raised will go towards the Mrs. America & Miss for America Strong and her chosen charity, the Victoria Siegle Foundation. 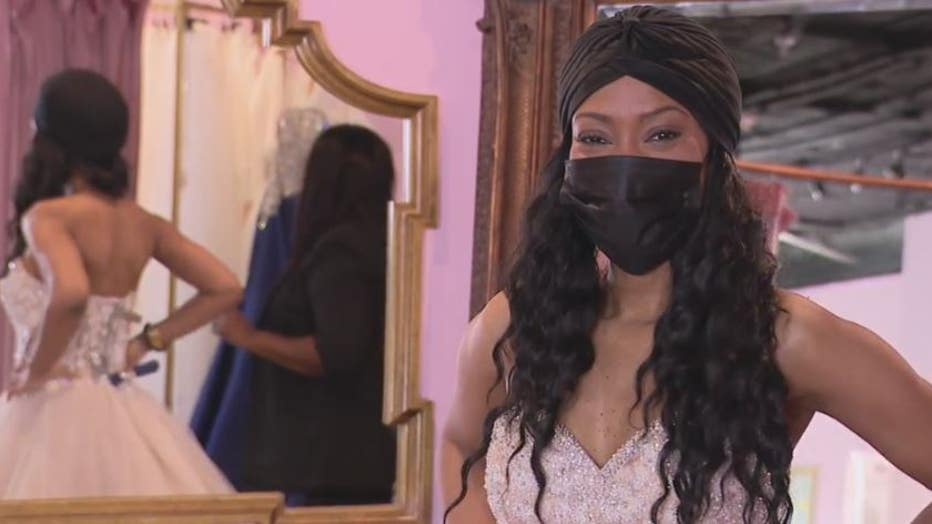 To learn how to vote for Delgado and more about the competition, go to www.mrsmichiganamericapageants.com/2021-contestants.html