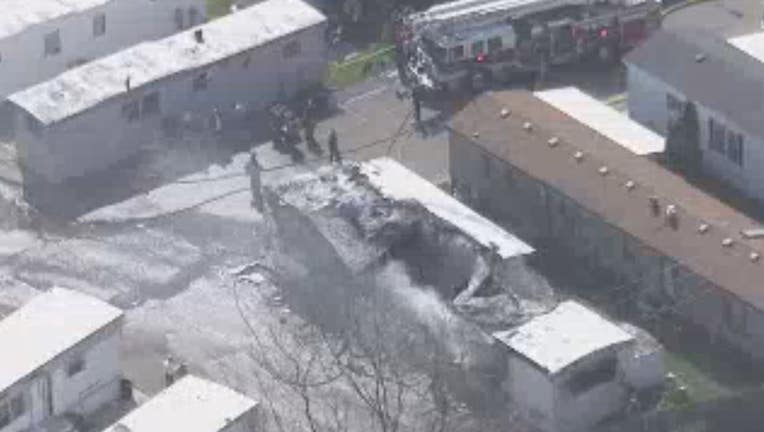 Fire crews were called to Leslie's Mobile Home Village on Gratiot Avenue, where a house was engulfed in flames.

A woman who lived in the home was found dead, authorities said. Her identity has not been released.

An investigation is ongoing as crews work to determine what led to the fire and the victim's cause of death.