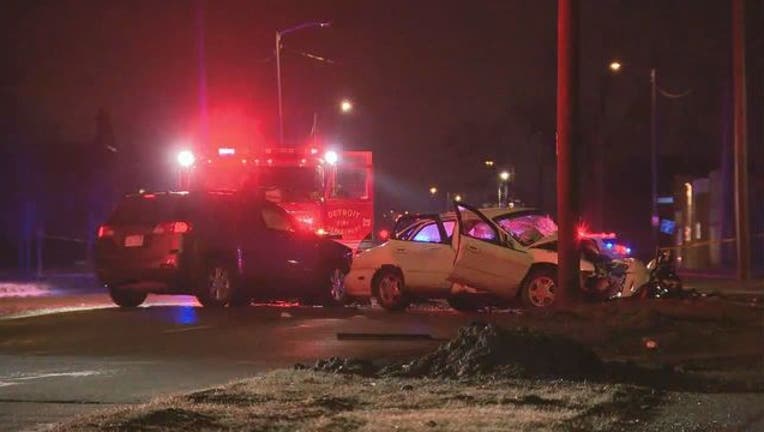 The crash happened on Conner between Gratiot and Harper, which is closed right now while police investigate. A young woman was killed in the crash and a man was critically injured.

Detroit police say a woman in her late 20s crossed the center line and hit a driver who was headed eastbound on Conner. Authorities earlier told us the woman had gone into cardiac arrest, but police could not confirm that at this time.

That other driver, a 54-year-old man, was pinned in his car. A Detroit fire team was able to free the man out and he was rushed to the hospital, where he's in critical condition right now.

Conner was closed in the location but has since been reopened.