WYANDOTTE, Mich. (FOX 2) - A Wyandotte woman was jumped at a well-lit gas station where she was violently attacked Sunday.

Tracy Orsargos said it happened at 9:15 p.m. that night at the Sunoco on Ford Ave and 17th in Wyandotte. As Orsargos got out of her yellow SUV, so did the man parked next to her.

Wyandotte woman opens up about her violent attack at gas station

Tracy Orsargos said it happened at 9 Sunday night at the Sunoco on Ford Ave and 17th in Wyandotte. As Orsargos got out of her yellow SUV, so did the man parked next to her.

“That man jumped out of the car and came running," she said. "I could hear him and then he just tackles me and then I was fighting for my life.”

Part of the attack was captured on a security camera. Orsargos says the man was after her wallet.

“He had these big crazy eyes like he was determined to get my wallet,” she said.

Orsargos says her husband is trained in martial arts and some of that training was passed on to her. 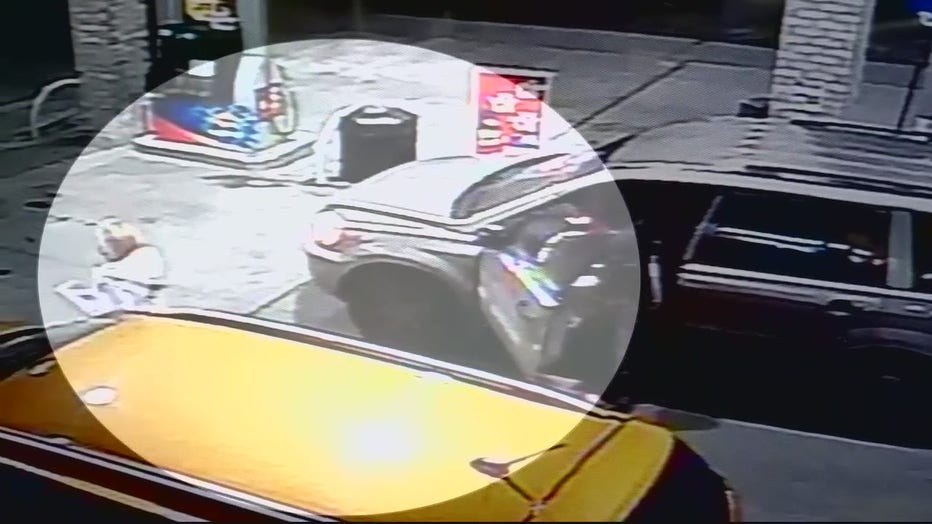 Tracy Orsargos (left) and her attacker who is exiting his vehicle to go after her.

"He taught me how to defend myself so I didn’t even hesitate," she said. "I just started punching and kicking and I got a good shot to his groin.”

The man wasn’t alone. Before the attack, a passenger from his SUV went into the gas station to buy gas.

“The guy who was paying for the gas was paying with $5 worth of coins," she said. 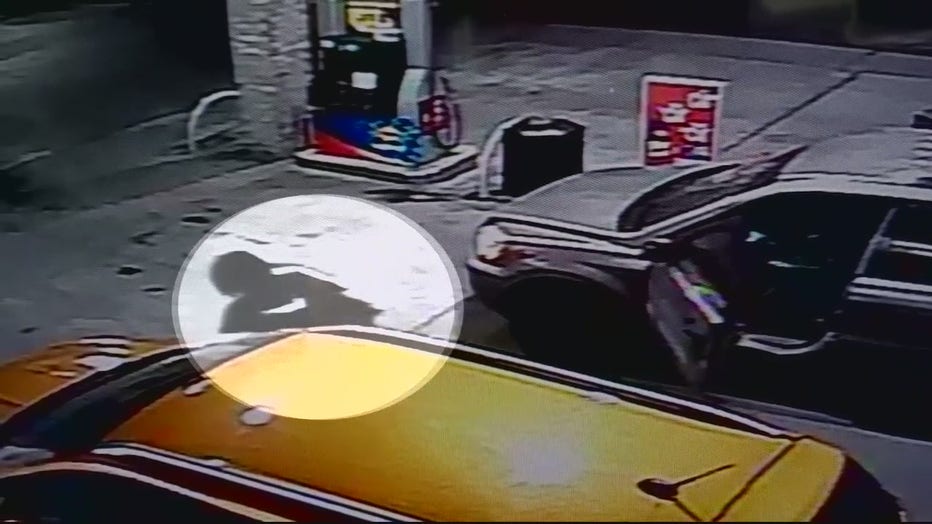 A close-up of the suspect in the attack.

As he left, he along with the gas station attendant heard her screams for help, then her attacker ran off.

"And the other guy said, 'I can’t believe this is happening.' I said, 'Really? Because he came out of your car,'" she said.

At this point, police were on the way, but the man in the blue sweatshirt from the same vehicle the attacker got out of, did not stick around to talk with them.

“Like the back window was busted open, and he crawled through there to get to the seat to drive away,” Orsargos said. 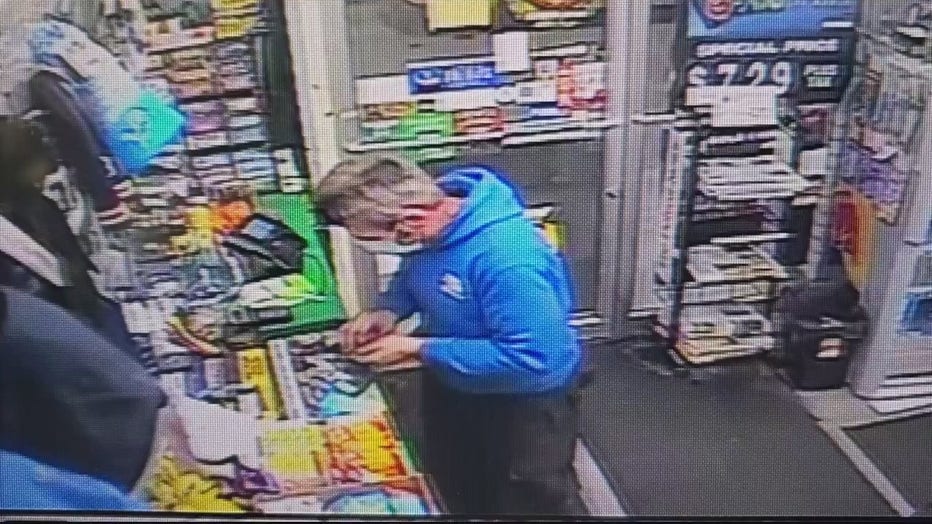 The passenger who shared the same vehicle as the attacker.

It left her a little bruised and battered but otherwise okay.

“I really thought I was fighting for my life," she said. "It was so scary”

Police say she did what she had to do in this situation since her attacker did not appear to have a gun - she kicked and punched and called for help and prevented the attack from going any further.

“Have your keys in your hand," she said. "I didn’t have time to get a gun or mace it was that fast."

While police do have that video footage to work with they are still looking for both men involved. Anyone with information should call Wyandotte police at 734-324-4405. 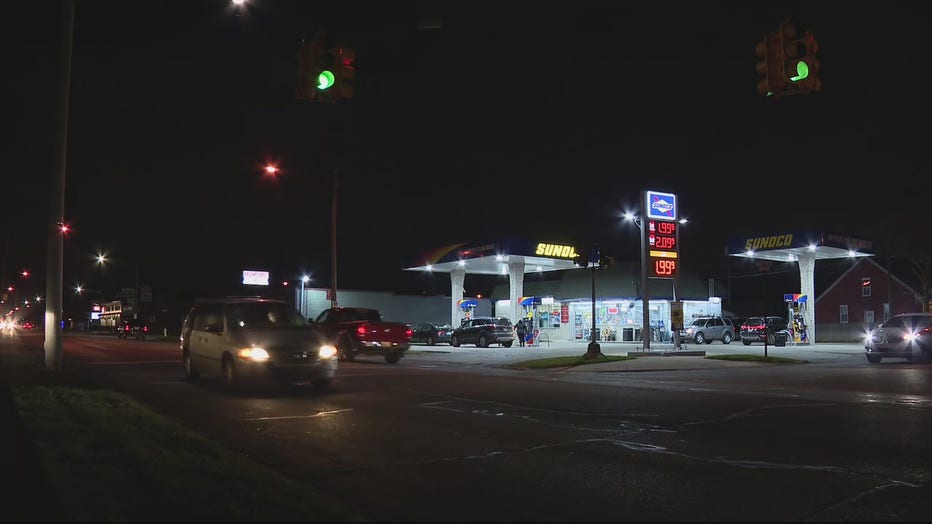