DETROIT (FOX 2) - A woman who was visiting her mom in Midtown Detroit said she found what is believed to be a box of cremated remains abandoned on the street.

Cynthia Hill said she was visiting her mother at her University Club Apartment in the Wayne State area on New Year's Day. She said she was driving when she spotted the box.

A box of suspected cremated human remains was found abandoned on a Detroit street on New Year's Day.

"I got out of my truck, picked it up and put it by the rock because I didn't want anybody to run over it. It just looked like it was just dust and stuff," Hill said.

While it looked like dust, she suspected it was more than that.

"My father died of cancer and it hurt my heart. And when I saw it, it clicked. That box right there is a transportation box," she said.

Transportation boxes are plastic and are given to the family before an urn is purchased. 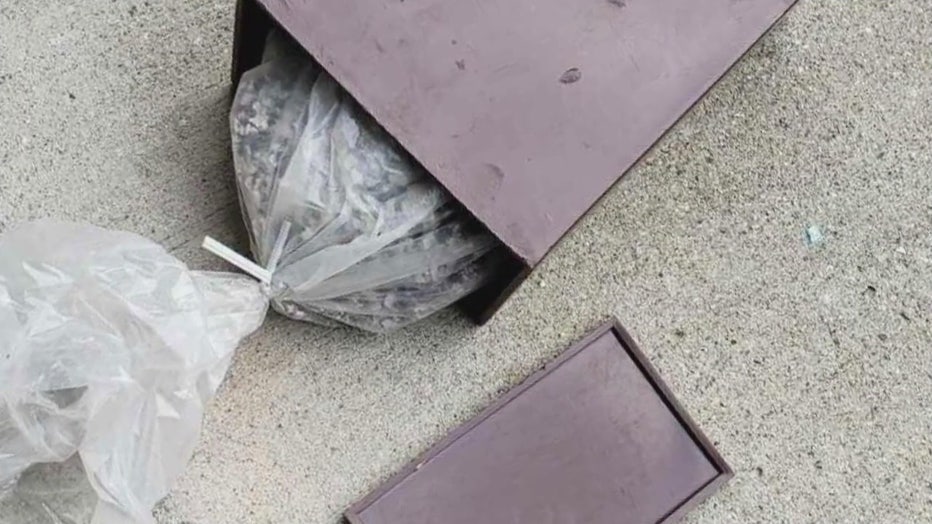 She says she knows from experience what these boxes look like, as she was a Detroit Police Officer for 31 years.

After seeing the box Wednesday, she thought it would be gone the next day. But Thursday, as she was visiting her mother again, the box was still there where she left it.

"I dialed (FOX 2) and then I dialed Wayne State Public Safety to come and pick it up," she said.

Wayne State Public Safety picked up the box and said they are investigating and will turn the box over to the Wayne County Mogue for proper identification.

"Who would actually drop a box here just to get rid of it. That's sad. My father died and if I would've done cremation to my father, it would still be with me to this day," Hill said.