Detroit police is investigating the death of a woman on the city's west side, found inside a Dodge Journey.

DETROIT (FOX 2) - A young woman was found beaten to death inside a Dodge Journey on Detroit's west side Friday.

Raw emotions amid a disturbing discovery on Detroit’s West Side early Friday morning. A 22-year-old woman found dead in an SUV parked near the intersection of Vassar and Stahelin Streets, not far from the Southfield Freeway and Eight Mile.

"There are some guys working at a vacant house," said Chermaine who lives nearby. "He called me, and asked if I was okay. I said, 'What’s going on?' He said, "I was sending my guys to work on a house but they got the block blocked off, saying somebody was dead, and I just wanted to make sure that you were okay."

Detroit police were on the scene for hours asking neighbors if anybody knew anything. Investigators are still piecing the details together, but we know the victim was found in the back of the Journey.

Police call it a fatal assault, but say it was not a shooting.

"Next thing you know, there’s a bunch of cops knocking at the door and they were asking me what time did I go to bed, or did I see anything. And I told them no I didn’t see anything. If I had, yeah, I would have said something," Chermaine said.

Neighbor Ryan Herring was one of many in the neighborhood feeling shaken up after the gruesome discovery.

"It makes you feel like it’s less safe. Especially when this is happening to a woman," he said.

Herring did not know the victim, whose name has not yet been released, but he felt compelled to leave this candle nearby.

"I just tried to pay my respects, as much as I can, because that could have been any one of our family members," he added.

"Whoever did it, may God be with them. For real because that’s wrong," Chermaine said. 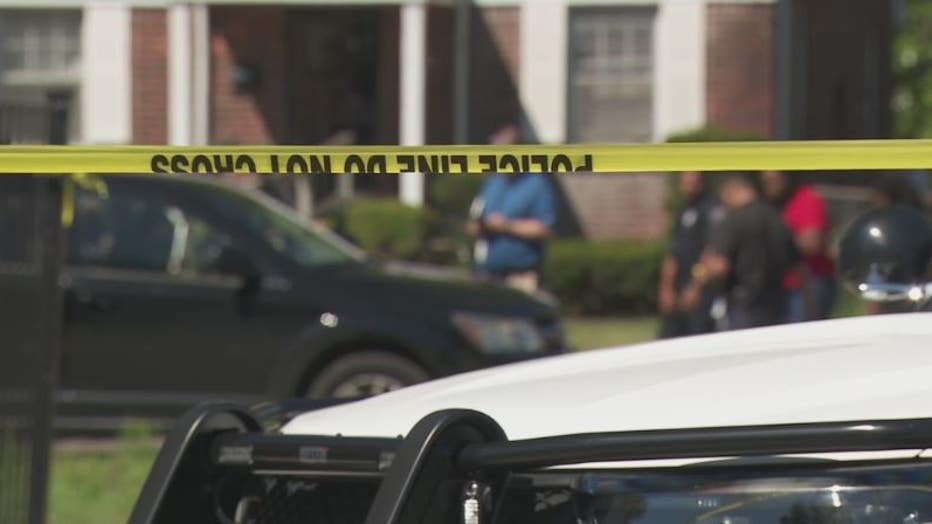