And then all of a sudden, a sandbag came flying toward Cindy Eckley's car as she passed the Old Plank Road overpass in Lyon Township Sunday night driving over 70 mph. Cindy didn't know what hit her but was able to remain conscious and pull to the side on I-96.

A 41-year-old man is facing charges after authorities say he tossed a sandbag off an overpass onto a woman's car below.

"For a split second I thought he jumped but then I realized, I have dirt in my mouth. It's not a body." Eckley's eyes and face were bombarded with glass and sand.

"They kept flushing glass out of my eyes," she said. "The most damage is in my eyes."

The man who has been arrested for this and now charged is 41-year-old David Garcia. He was arraigned on one count of throwing objects at trains/cars causing serious impairment.

"He wanted to kill someone," she said. "It's amazing that I'm here with where that hit my windshield, I do not know how I'm alive."

The judge summarized Garcia's record, which seems to date back to at least 1993 at the arraignment Wednesday. Since then he's faced a number of charges including driving drunk, theft, felonious assault, domestic violence, possession of marijuana and other things. The record is part of what went into the judge's decision to give Garcia a $50,000 cash or surety bond.

"It wasn't like he got up there and was angry and was just throwing stuff. He stood there, looking down the highway and waited," Eckley said. 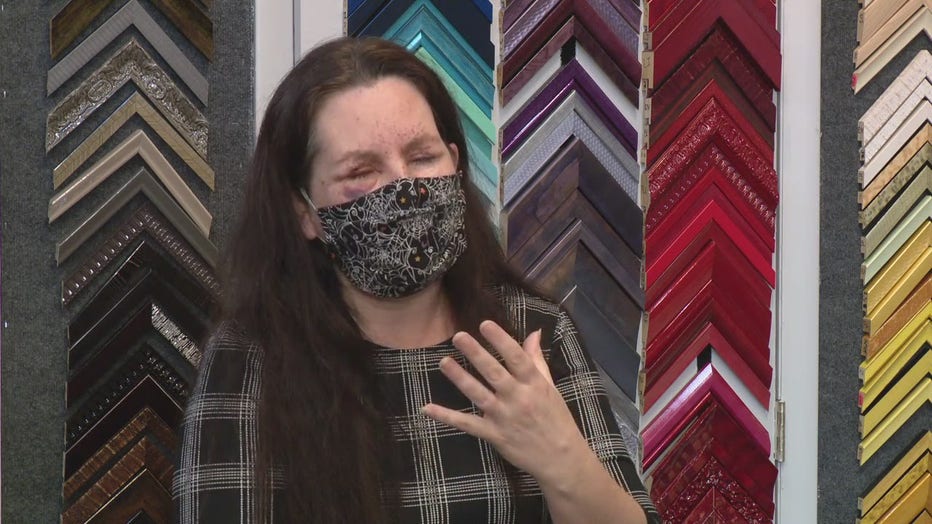 Eckley, the busy owner of Frameworks in downtown Plymouth, has been almost entirely sidelined by what happened but is still trying to keep the ship running and hoping her eye damage isn't permanent.

"It's just a constant headache, even with pain killers. Hopefully, my vision will come back but I don't know. I don't know at this point."

Garcia is expected back in court October 14. He faces up to 10 years behind bars and/or a $5,000 dollar fine if he's convicted of the felony charge.