DETROIT (FOX 2) - A person has been taken into custody in connection with the fire early Monday morning at the Heidelberg Project.

We're told Detroit police have detained a woman suspected of being involved with the fire at the famous art project at the corner at Mount Elliot and Heidelberg.

Building destroyed after fire at the Heidelberg Project

The second story of the building that caught on fire is completely destroyed.

The second story of the building that caught on fire is completely destroyed. The fire department says they'll have to tear the whole building down now.

The building east of downtown Detroit has "you" painted all over it, one of many buildings with the work of artist Tyree Guyton. The rear was gutted, and piles of bricks were everywhere.

Guyton is known for attaching shoes, clocks, vinyl records, stuffed animals and other objects to rundown homes in the neighborhood.

We're told firefighters were having trouble finding a working hydrant in the area, which the Detroit water board is investigating. 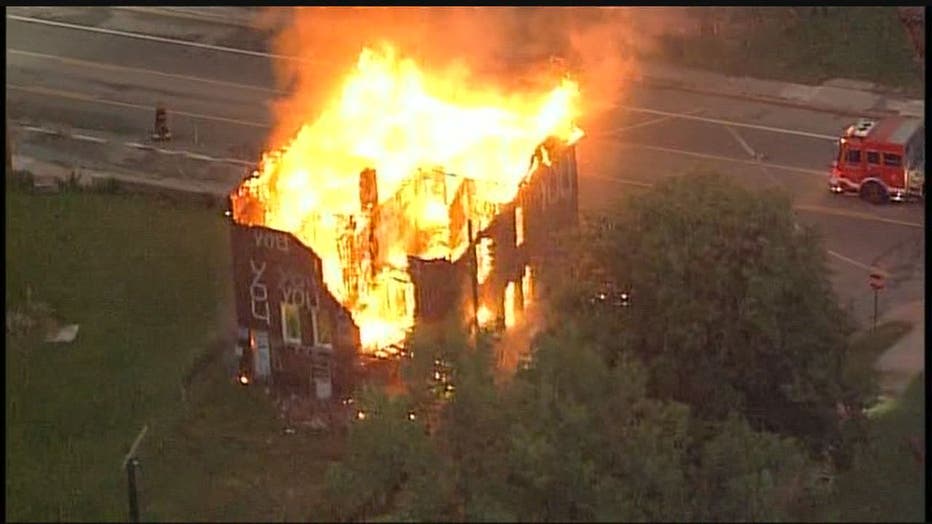 The art project has been there for more than 30 years and draws thousands of visitors every year. A series of arsons plagued the installation beginning in 2013.

Authorities haven't said yet what the cause for this fire could be. An arson team is investigating.