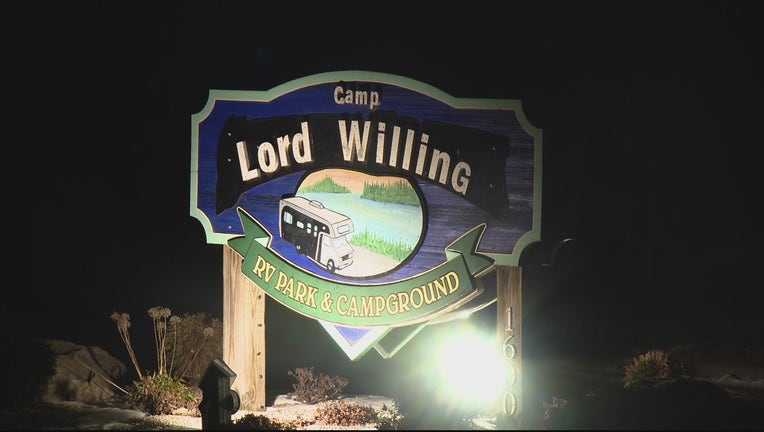 Michigan State Police are investigating the murder of a woman at Camp Lord Willing in Monroe County on Thursday, Feb. 4.

FRENCHTOWN TWP, Mich. (FOX 2) - Law enforcement in Monroe County are investigating the murder of a woman who was shot in the face at an RV park Wednesday night and police said they arrested a suspect covered in blood.

Michigan State Police said they were called around 10:20 to Shady Creek RV and Park Resort, also known as 'Camp Lord Willing' on Stumpmier Road in Frenchtown Township to a report of gunshots.

Before MSP started their search, a Monroe County Sheriff Deputy found a man walking on the side of Steiner Road, which is just north of Stumpmier.

The deputy said the man was covered in blood.

He was arrested and booked into the Monroe County Jail.

The victim, a 35-year-old woman, was taken to the hospital where she later passed away.

MSP, Monroe County Officers, the Michigan Department of Natural Resources, and the Frenchtown Fire Department all responded to the scene to investigate.

Police did not identify either the victim or the suspect and did not offer any indication of a motive.